Among all respondents, more affordable health care is the top cited factor that would most help them achieve their future financial goals. However, one-quarter of respondents said a financial wellness benefit with access to unbiased counselors is the employer benefit they would most like to see added in the future. Baby Boomers (32%) and Gen X (27%) employees are more likely than Millennials to say they most trust an independent financial planner who does not sell investment or insurance products for their financial advice and education, while Millennials are more likely to say they most trust friends and family (24%)

The survey found 42% of employees who have children older than 21 provide financial support to their adult children, and more than half (53%) are willing to sacrifice their own financial well-being for their children. Nearly half (49%) of employees who support adult children say they find it difficult to meet household expenses on time each month. More than one-quarter (27%) have withdrawn money from their retirement plans to pay for expenses other than retirement, and 40% expect they will need to do so.

Twenty-three percent are providing financial support for parents or in-laws, and more than half (52%) who do say they find it difficult to meet household expenses on time each month. Forty-five percent who provide financial support for parents or in-laws have withdrawn money from their retirement plan for expenses other than retirement, and 62% expect they will need to do so.

Fewer Millennial and Gen X employees are carrying credit card balances, although the number who find it difficult to make their minimum payments has actually increased among Millennials. Fewer employees overall (and Gen Xers in particular) are using credit cards to pay for monthly necessities they can’t otherwise afford.

Of the employees consistently carrying balances on their credit cards, 70% have developed a plan to reduce their debt. Nearly three-quarters (72%) say they developed their debt reduction plan on their own, and only 16% used help from a financial professional. Eighty-six percent of those with a debt reduction plan say they have been following their plan on a consistent basis.

Overall, less than half (47%) of employees say they would be able to meet their basic expenses if they were out of work for an extended period of time.

Thirty-seven percent of Millennials, 22% of Gen Xers and 10% of Baby Boomers have student loans, according to the survey. Around one-third of each generation indicated that student loans have a moderate impact on their ability to reach other financial goals.

Nearly half (47%) of employees report that they are stressed dealing with their financial situation, and 41% say that their stress level related to financial issues has increased over the last 12 months.

Fewer Gen X employees (41%) are confident in their ability to retire when they want as compared to Baby Boomers (55%) and Millennial employees (50%). Consistent with prior years, running out of money is employees’ biggest concern about retirement (40%), followed by health issues (33%) and health care costs (28%). The survey report notes that even Millennials are concerned about health issues, in line with their older colleagues.

Forty-two percent of all employees plan to retire later than they previously expected. Baby Boomers’ most cited issues for delaying retirement are “haven’t saved enough” (47%), “need to keep health care coverage” (32%), and “don’t want to retire yet” (26%).

The PwC survey also found although target-date funds (TDFs) are widely used, employees don’t seem to understand how to invest in them; 61% of employees who are investing in TDFs in their retirement plans say they’re invested in more than one TDF. When asked why, 56% said they are investing in more than one TDF to diversify and reduce risk, 26% say it is to get the allocation they want, and 16% said it is to spread their investments across many funds.

In addition, the survey found more than half (52%) of the 88% of employees with health insurance are covered by a high- or mid-deductible health care plan, and while the percentage who contribute to their health savings account (HSA) has increased since 2013, still only 46% are contributing.

Asked to define financial wellness, only 5% of participants overall cited “Being able to retire when I want to,” and by generation the top answer for Millennials was “being debt free” (26%), by Gen X was “not being stressed about my finances” (22%), and by Baby Boomers was “having enough savings that I’m not worried about unexpected expenses” (24%). 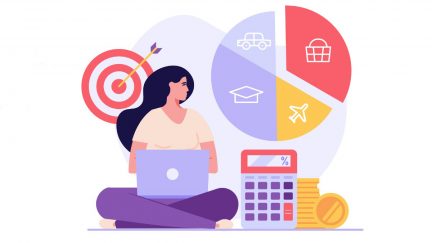 A panel of experts in workplace benefits outlined student loan debt assistance benefit options available to employers, in the current... 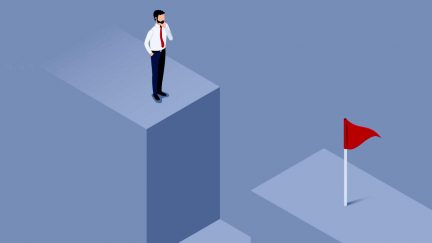 A new AARP study finds a wide gap between how people feel about retirement planning and how prepared they say...
SPONSORED MESSAGE — SCROLL FOR MORE CONTENT

« TRIVIAL PURSUITS: From Where Did the Phrase ‘Close, But No Cigar’ Originate?