John Hancock has published the results of its annual Financial Stress Survey, which compiles the responses of more than 1,350 retirement plan participants.

According to the research, a sizable majority of workers (69%) are stressed over their finances, leading to a range of behaviors that can cost companies approximately $2,000 in excess labor costs per employee. Most respondents (72%) admitted to worrying about personal finances while at work, with one-third doing so more than once per week. The research finds that worker productivity is directly impacted by this stress, generating excess employment costs.

“Slightly more than three-quarters of survey respondents cited lack of retirement savings as a leading factor affecting their stress,” the survey report says. “Nearly half report they worry about it ‘a great deal,’ and only 40% expect to retire ‘about when planned.’”

“That financial stress is triggering both physical and psychological symptoms for about 60% of respondents, causing anxiety, lack of sleep and a feeling of being overwhelmed—all of which can affect a person’s productivity in the workplace,” the research says.

“It is up to providers, advisers and employers to offer participants a holistic approach to financial wellness,” he says. “That is how we will help people achieve financial success, whatever that may mean to them.”

According to John Hancock data, helping employees reduce their financial worries is well worth employer’s time and attention. More than two in five respondents feel they would be more productive if they did not spend time worrying about their finances at work, while three in five respondents think getting financial advice at work would reduce their stress. Sixty-five percent believe it would help them start saving more for retirement.

“When asked what financial issues they would like help with, three-quarters cited retirement income preparation aid, followed by Social Security and Medicare claiming (60%), and debt counseling (32%),” the survey report says.

“Financial stress is one of the biggest concerns among our participants—and it has implications for their health, healthcare costs, and premiums, and ultimately, their productivity,” Murphy says. “Our survey shows employers can play a role in making their employees’ financial lives better—and if done well, it may even benefit the company’s bottom line.”

The full results are available here.

According to Wells Fargo leaders, probably the most important overall finding in this year’s analysis is the strong positive impact on participant outcomes associated with having “a planning mindset.” This is to say that Wells Fargo uncovered four specific participant characteristics that correlate with a significantly better financial life—including lower levels of reported financial stress and greater reported financial outcomes. These characteristics include having set a specific money-related goal in the preceding six months; having previously set a specific long-term financial goal, such as a retirement age or savings level; feeling good about planning financial matters in general over the next one or two years; and preferring to save for retirement now rather than waiting until later.

Wells Fargo’s report goes on to suggest providers and plan sponsors can be proud of the fact that employees generally perceive their retirement plan offerings as being high quality and as having a strong positive impact on both their short-term and long-term financial lives. As the survey shows, 92% of workers say they feel more secure about retirement because they have contributed to a 401(k), and 82% of those with access to a 401(k) say they would not have saved as much for retirement at this stage if not for the 401(k).

The interactive tool comes after an annual survey of 401(k) participants found workers want more help saving and planning for... 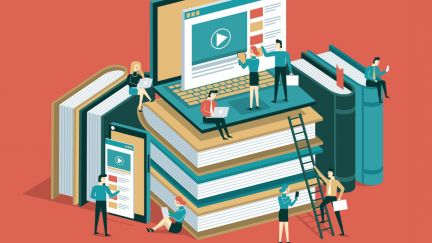 Engaging K-12 Employees With Retirement Saving in a Changed Environment

A mix of virtual and in-person education and planning, along with digital tools, is helping meet the needs of K-12...
SPONSORED MESSAGE — SCROLL FOR MORE CONTENT

« Demand for Financial Advice Is on the Rise