Investment returns stayed in positive territory for institutional plan sponsors in the third quarter of 2019. The median plan in the Northern Trust Universe finished with a 0.8% return.

“Asset class diversification helped institutional investors to generate positive returns in the third quarter, with fixed income playing a key role,” says Mark Bovier, regional head of Investment Risk and Analytical Services at Northern Trust. “U.S. equity programs, the largest allocation in most plans in the Northern Trust Universe, had a median return of 0.7% in the quarter, while the median return for international equity programs was -1.5%. Meanwhile the U.S. fixed income program universe median return was up 2.1% for the quarter.”

ERISA plans benefited from a median exposure to U.S. fixed income of 38%, the largest allocation to bonds of any segment, Northern Trust notes. The median U.S. equity allocation for ERISA plans in the third quarter was 26.5%, down from 27.5% the previous quarter, and international equity median exposure was 8.8%.

Public Fund plan median U.S. equity allocation for the current quarter was 33.7%. International equity median exposure was 15.7%, while the median exposure to U.S. fixed income came in at 24.2%.

Foundation and Endowment plans had a median U.S. equity allocation of 27.6% in the third quarter. International equity median exposure was 10.1%, while the median exposure to U.S. fixed income was the lowest of the three segments at 11.1%. Alternative assets are widely used in the F&E universe, with private equity and hedge fund median allocations at 12.6% and 11.1%, respectively, as of September 30.

A former participant in DuPont’s DB plan claimed that confusing benefit statements caused him to miss out on years of... 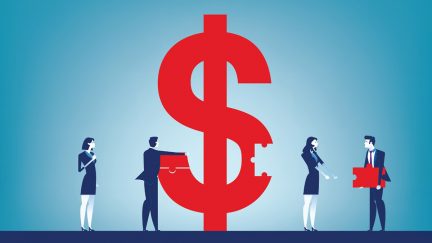 They can reduce volatility and provide higher returns than other assets, and cash flow needs can be still be managed...

Consultants say now is the time to evaluate interest rate and equity market risk strategies, as well as whether and...
SPONSORED MESSAGE — SCROLL FOR MORE CONTENT