Between Jeddeh, Saudi Arabia, and Kuala Lumpur, Malaysia, a woman on a flight realized she had forgotten something—her baby daughter at the boarding area of the airport. Gulf News reported that the mother informed the flight crew that her baby was at King Abdul Aziz International Airport, and the pilot had to request permission to return.

In Berchtesgaden, Bavaria, a woman rang emergency dispatchers and claimed that her husband had been killed, sending police and first responders rushing to the scene. When they got there, they found the woman just wanted someone to remove a car blocking her garage; she thought calling in a murder would get police there faster. The woman, who was visibly drunk, attempted to get into her car before officers took away her keys.

In Butler County, Pennsylvania, police pulled over a suspected drunken driver whose blood-alcohol level registered .194. In a bit of irony, the man, Daniel Sober, was not sober.
In Franschhoek, South Africa, a pig rescued and brought to an animal sanctuary was provided with soccer balls and rugby balls for play, but there were also paintbrushes lying around because the barn the pig was placed in was a new build. A sanctuary worker said, “She basically ate or destroyed everything except these paintbrushes ... she loved them so much,” according to Reuters. Soon the pig was dipping the brushes into pots of paint and making her mark. Her paintings can sell for almost $4,000, with the proceeds going to animal welfare. She has even had one of her artworks turned into a watch face for Swiss watchmaker Swatch. They call her Pigcasso. 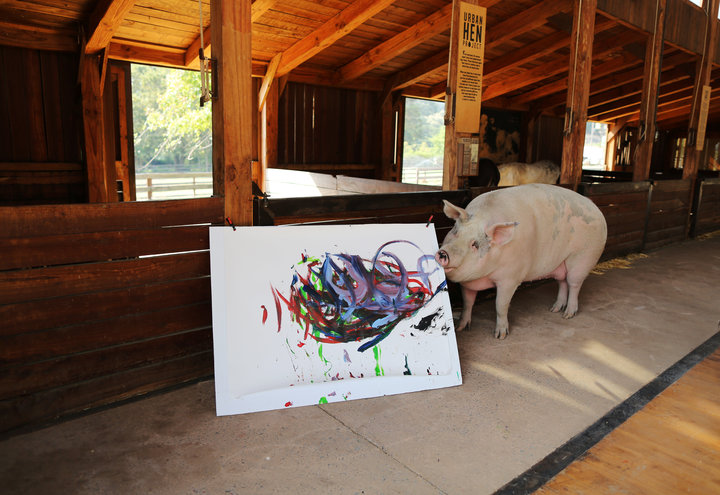 Little boy wonders, “How DID this happen?”

If you can't view the below video, try https://youtu.be/KEmbFCn36Tg.
One reason thin crust is better.

If you can't view the below video, try https://youtu.be/o6CJDCEbcIM.

« DC Plan Participant Use of TDFs Continues to Grow