In Tinsukia, India, an unusual robber was discovered when technicians arrived to fix a State Bank of India cash machine. Inside the ATM was one dead rat amid a bunch of Indian currency in 500-rupee and 2,000-rupee bills (worth $19,000) that had been chewed to shreds. Police Superintendent Jyoti Mahantato told reporters that the rat had entered the ATM through a small hole for cables. An investigation is underway to determine if the rat or rats were really responsible, according to CTV.

In Russia, a 32-year-old woman first noticed strange nodules below her left eye that later moved above her eye and then down to her upper lip. She told doctors the nodules appeared after she visited a rural area outside Moscow, where she was bitten repeatedly by mosquitoes, according to the New England Journal of Medicine. Doctors quickly identified the suspect―a long, parasitic roundworm called Dirofilaria typically spread by mosquitoes and hosted by dogs and other carnivores. They removed the squirming lump from the woman’s face using local anesthetic and a pair of forceps. It could have been worse, according to Natalia Pshenichnaya, a physician who studies infectious diseases at Rostov State Medical University in Rostov, Russia. She told NPR that in 20% of cases, the worms can “move considerable distances,” , and the worm can live up to two years in the human body if it isn’t removed.

In Hancock, New York, a man trying to jump-start his car was greeted by an unusual sound coming from his engine—the rattle of a venomous timber rattlesnake. According to the Associated Press, the man says the snake slithered across the engine block and curled up on the battery as he opened the hood of the car. State environmental conservation police officers were called out to remove the reptile. They released it nearby, next to several large boulders.

In Columbus, Ohio, police say a quick-thinking bank teller convinced a suspected robber to hand over his own driver’s license. According to the Associated Press, authorities say the man walked into a Huntington Bank in Columbus and gave the teller a note saying he was armed and demanding money. The teller gave the man a stack of cash, but then he demanded more money from the electronic cash recycle machine in the bank’s lobby. The teller told the man the machine needed a driver’s license to dispense cash, so he handed his own license over. The license led police to the man who was arrested and charged with aggravated robbery and threatening with a deadly weapon.

In Vienna, Austria, Igor Ashurbeyli was inaugurated as leader of the nation of Asgardia, an attempt to colonize the moon. According to Reuters, Asgardia was founded just 20 months ago, and it already has about 200,000 citizens, a constitution and an elected parliament. It wants to build up a population of 150 million within 10 years. It plans to set up “space arks” with artificial gravity in outer space where humans could live permanently. “We have thus established all branches of government. I can therefore declare with confidence that Asgardia—the first space nation of the united humankind—has been born,” said Ashurbeyli, a Russian engineer, computer scientist and businessman.In Chicopee, Massachusetts, a driver is not learning his lesson about what size of a load he can carry in his pickup truck. State police initially pulled the man over off Interstate 91 on June 20 in Springfield for carrying an uncovered array of chairs and shelves, according to the Associated Press. He was stopped again earlier this week for an overload of branches. Chicopee police say the man was stopped for an unsecured load, obstructed tail lights and obstructed plate, and labeled the photo on Facebook, "from the files of some just do not get it." 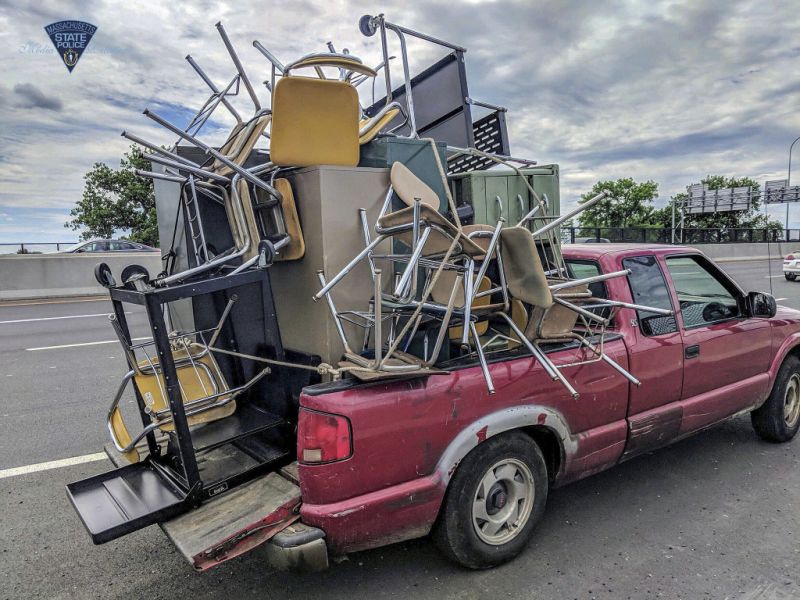 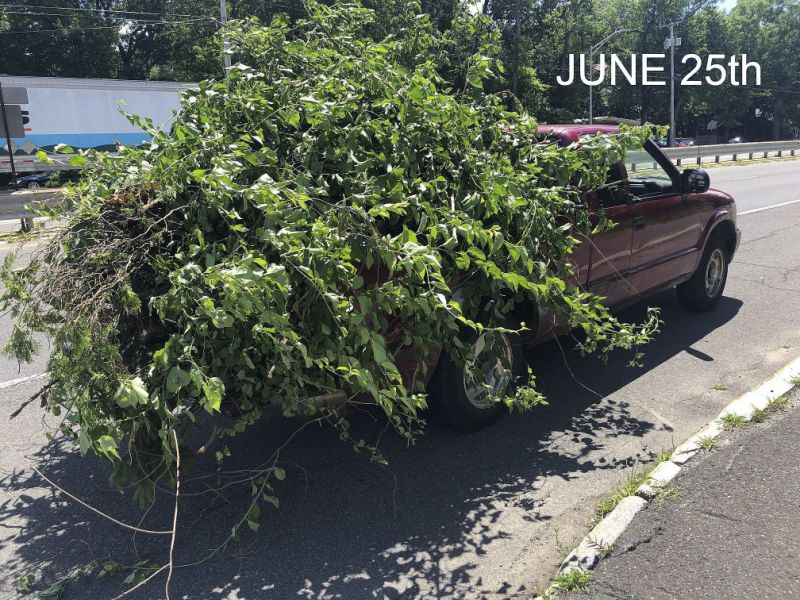 I truly enjoyed this mother and son dancing to top songs of several decades.

If you can't view the below video, try https://youtu.be/6QdcKetf9mE.
Brigham Young University’s mascot Cosmo the Cougar has some great dance moves

If you can't view the below video, try https://youtu.be/885p-EbHfig.