A participant in the Gannett Co., Inc. 401(k) Savings Plan has filed a lawsuit regarding TEGNA’s June 29, 2015, spinoff of its publishing business into a new entity, Gannett, and the failure of the plan’s fiduciaries to decrease significant holdings in TEGNA common stock.

The lawsuit alleges that Gannett Co., its benefit plans committee and other fiduciaries’ decision to concentrate plan investments in TEGNA common stock was a breach of their fiduciary duties under the Employee Retirement Income Security Act (ERISA), and these breaches caused the plan and a class of all other similarly situated participants approximately $135 million in losses. The plaintiff contends the defendants’ decision to invest plan assets so heavily in a single company’s common stock during the class period was a breach of their duties of loyalty, prudence, and diversification under ERISA Section 404.

A statement to PLANSPONSOR says, “Gannett has reviewed the lawsuit recently filed concerning the Gannett 401(k) plan’s holdings in TEGNA stock. Gannett believes there is no merit to these claims and plans to vigorously defend the lawsuit.”

Specific allegations include that the defendants caused the plan to be undiversified by their failure to decrease its substantial holdings of TEGNA common stock following the separation, thereby subjecting the plan and its participants to the risks associated with being too heavily invested in one company and industry. According to the complaint, at the end of 2015 and 2016, TEGNA common stock represented more than 80% and 74%, respectively, of the plan’s total common stock holdings (excluding Gannett stock).

The lawsuit also contends the defendants’ failure to decrease the plan’s TEGNA common stock holdings subjected participants to additional risks because the plan was already heavily invested in Gannett common stock and both TEGNA and Gannett are “consumer-cyclical” stocks —their performance is heavily dependent on the business cycle and economic conditions. Thus, Gannett and TEGNA stock exhibit high correlation. At the end of 2015 (more than six months following the separation), the plan’s TEGNA and Gannett common stock holdings collectively comprised more than 26% of the plan’s total assets (18% was TEGNA; 8.4% was Gannett).

In addition, according to the complaint, the imprudence of the defendants in holding such massive amounts of TEGNA common stock is further evidenced by the fact that TEGNA is a volatile stock. The complaint says that toward the end of 2015, TEGNA common stock was approximately 90% more volatile than the stock market as a whole.

To the extent the defendants liquidated the plan’s holdings of TEGNA common stock during 2017—which extent will not be known until the plan files its financial statements with the Department of Labor—the timing of such liquidation was unreasonable, the plaintiff claims, saying the defendants knew long in advance of the date of separation that TEGNA stock should be sold. The lawsuit contends the plan’s holdings of TEGNA common stock should have been liquidated on or shortly after the date of separation.

Because of the lack of diversification, the defendants should have been particularly attentive to the numerous warning signs that showed TEGNA stock was an imprudent investment for retirement assets, but they failed to take action as the price of TEGNA stock dropped from $20.24 on the day of the spin-off to its current price of approximately $14, the lawsuit says.

Retirement Trends to Watch in 2023

As larger numbers of Americans near retirement age, a renewed focus on retirement income is expected. 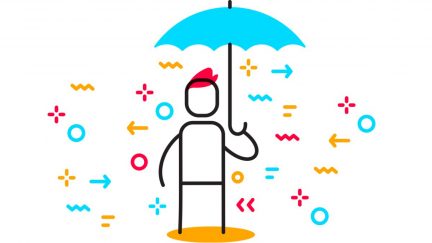