Gig workers, be they Millennials, Gen Xers or Baby Boomers, are all facing financial challenges, which could adversely impact their retirement down the road, according to a new research paper from Prudential Financial.

While most Millennials seek out gig work for its flexible hours, Gen Xers and Boomers are more apt to seek it out of necessity. Gen Xers are the least satisfied with gig work, and wish they could switch to a traditional job. Sixty-three percent of this group say they are struggling financially, compared to 49% of Millennials and 32% of Boomers.

Forty percent of Gen Xers say that because of the inconsistent hours and cash flows, it is hard for them to stick to a budget, and 37% say it makes it hard to makes ends meet.

“Gen X gig workers seem to face the most financial wellness challenges, but do not have as much time to shift their career paths and improve their financial lives,” says Jamie Kalamarides, president of Prudential Group Insurance. “These findings are a call to action for advisers, employers and policymakers, who have the ability to help gig workers set up retirement savings plans, acquire adequate insurance coverage and develop budgets.”

Millennials in the study are better off because they live in households with multiple sources of income and they perform more professional types of gig work. Additionally, they are more likely to use technology-enabled job search engines and to be a stay-at-home parent or student, which, Prudential says, are likely temporary situations.

Boomers have higher levels and multiple sources of income, as well as access to employer-sponsored benefits. They also are more likely to be married or have a partner, to own their own home and not have children younger than 18.

The Harris Poll conducted the online survey for Prudential in January and February among 1,524 workers, of whom 577 were exclusively gig workers. 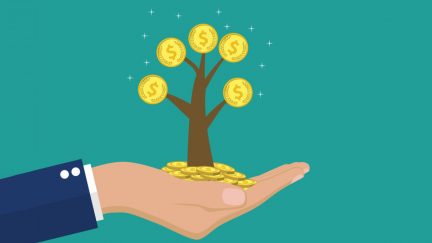 « Many Americans Prioritize ‘Wants’ Over Saving