Nearly half (48%) of Americans believe they are exposed to greater market risk today than they were before the 2008 financial crisis, Natixis Investment Managers learned in a survey of 750 investors. Sixty-five percent say it is tougher now to get ahead financially.

Nonetheless, Americans expect annual returns of 9.8%, which advisers say is significantly higher than what is realistic. Those who entered the financial markets think their returns should be 11.3% above inflation.

Eighty-two percent say they understand the risks of the current market environment, but 38% are not willing to take on any additional risk. Rather, 85% say they prefer safety over performance. Fifty-three percent say market volatility is undermining their ability to reach their retirement goals.

Asked for their views on market volatility, 47% say it is something they simply endure, 28% say it creates investment opportunities, and 15% say they do not understand its effects. Sixty-seven percent say they are prepared for a market downturn.

“A decade of rising markets, low interest rates and subdued volatility may have given investors unreasonable expectations and a false sense of security,” says David Giunta, CEO for U.S. and Canada for Natixis Investment Managers. “Our research suggests many investors’ instincts could undermine their financial success as volatility returns to the markets, but their continued trust in their financial advisers should help them remain disciplined as market become more turbulent.”

Seventy-one percent of investors feel financially secure—for now. Fifty-two percent say the bull market of the past 10 years has bolstered their confidence that they are on track to reach long-term goals.

Seventy-eight percent are confident that their portfolio is properly diversified. This is true for 86% of those who started investing after the financial crisis. However, 51% do not know what the underlying investments are in the funds they own. Only 53% have rebalanced their portfolio in the past year.

While 92% think it is more important for their investments to deliver long-term results than short-term gains, 28% are focused on short-term performance, and 26% say they tend to sell their investments during periods of volatility. The latter is true for 40% of those who started investing after the financial crisis.

Natixis says that investors need to learn how to balance risk and return. They also need to be educated about the benefits of active versus passive investments, and their trust in the markets needs to be rebuilt.

Among those who lived through the financial crisis, 31% sold some—or all—of their assets. Twenty-two percent later regretted that decision. Thirty-one percent wish they had gotten back into the market sooner, and 22% still are not invested, or reinvested, at the level they were before the crisis hit.

Eighty-eight percent of investors say that fees are an important consideration when selecting an investment, and 53% realize that passive investments tend to have lower fees.

“Investors’ misconceptions about risk and volatility may be clouded by their unrealistic return targets,” says Dave Goodsell, executive director of the Natixis Center for Investor Insight.

CoreData Research conducted the survey for Natixis in September.

Aon Wins Lawsuit Over Investments in Lowe’s Cos. 401(k)

2021 HSA Review: Plan Sponsor Duties With Regard to HSAs 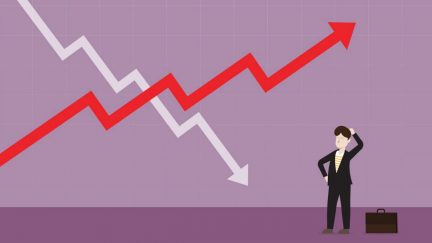 The plan’s investment policy statement allegedly called for 70% of the plan’s assets to be allocated into domestic fixed income...

Diversification via alternative investments, especially in times of market volatility and downturns, can lead to better performance,
SPONSORED MESSAGE — SCROLL FOR MORE CONTENT