The 2020 PLANSPONSOR Defined Contribution (DC) Survey found that 30% of plan sponsors, overall, include more than one target-date fund (TDF) family in their investment lineups. This increases to about 35% for plans with less than $50 million in assets. Why would a sponsor make such a decision?

“While it’s uncommon for more than one target-date fund series to be offered in a single plan, some sponsors have used this approach to solve for the needs of a distinctly heterogeneous population,” Aaron Chastain, senior investment consultant and head of DC multi-asset solutions manager research at Aon, tells PLANSPONSOR. “A common reason is when large cohorts of the working population have unique demographic characteristics, such as specific benefit structures, disparate retirement ages or materially different longevity profiles.”

However, having one TDF as the qualified default investment alternative (QDIA) and another TDF as a choice in the investment lineup will inevitably confuse participants, Chastain says. “To mitigate confusion and promote proper use, sponsors may default participants according to their unique demographic profiles, communicate the objectives of the multiple series or restrict investments to only those participants for whom the series was intended,” he adds.

While rare, plan sponsors might opt to use multiple TDFs when a recordkeeper specifies that it will reduce its recordkeeping fees if the sponsor includes a proprietary TDF from its platform in the lineup, or as the QDIA, Compton says. Some recordkeepers do this because fee compression has reduced their margins so greatly that the only place where they can find a profit is through investments, he says. Sponsors may be lured by the reduction in the recordkeeping fees—sometimes by as much as 30%—to decide to offer the recordkeeper’s TDF but also hang on to the TDF they were already using.

While reducing plan fees is always welcome news, the problem with sponsors making such a decision is that it could result in offering suboptimally performing TDFs, Chastain says. This is why it is important for sponsors, and/or their advisers, to ask the recordkeeper if this has been a stipulation it has made of the plan, he says.

“The top-tier recordkeepers also serve as investment managers, so this is a valid question to be asking,” he says. “They all recognize that the strongest way for them to drive their own internal revenue is to provide a recordkeeping discount—but to tie it to their proprietary funds. We see this happening when a sponsor changes recordkeepers.”

Chastain says his practice recommends that sponsors not consider the recordkeeper’s proprietary funds when they are evaluating recordkeepers.

“Once that recordkeeper search is completed, then the sponsor should be able to make its investment selection,” he says. “We are not opposed to using a recordkeeper’s TDF—as long as it can stand on its own. Unfortunately, generalist advisers are trained and conditioned to go with the lowest cost option, and they themselves are often trying to win the business of sponsors just by providing the lowest cost. If you can go with a better-performing TDF, then that cost savings is not worth it. Cost is only one piece of the puzzle of trying to get people adequately prepared for retirement. The performance of the TDF should have equal, if not greater, bearing.” 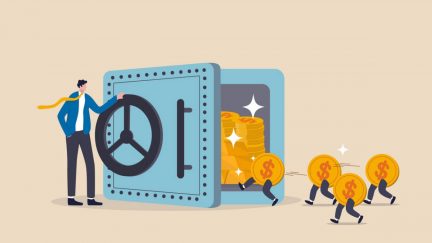