A bill introduced by House Ways and Means Committee Ranking Member Richard Neal, D-Massachusetts, and known as the “Automatic Retirement Plan Act of 2017,” is garnering the support of retirement plan industry lobbying groups.

Similar to a host of proposals Neal has submitted during his tenure on Ways and Means, the act would remove legal and regulatory barriers, allowing plan sponsors to more fully embrace the use of multiple employer plans (MEPs), including “open MEPs.” Among other adjustments viewed as vital to the expansion of open multiple employer plans, the bill removes the “one bad apple” rule and the commonality requirement, as well as other potentially onerous and costly fiduciary and administrative duties.

In commentary on the proposal offered by the Insured Retirement Institute (IRI), Cathy Weatherford, IRI president and CEO, cites data showing that nearly half of employers support a reduction in the legal risk assumed when sponsoring a retirement plan.

“IRI supports this bill because the changes made by this legislation will result in more small businesses offering a retirement savings benefit to their employees and, as a result, will greatly expand the number of workers with access to a workplace plan,” Weatherford suggests. “The bill will also increase automatic savings and escalation features for American workers. Studies have shown that automatic enrollment is extremely successful in getting people to save for retirement with participation rates at least 10 percentage points higher in plans with automatic enrollment than those without it.”

Weatherford says IRI further supports this bill because it will “provide employers with a greater ability to automatically enroll their employees in 401(k) plans with an option to opt out of participation, while at the same time providing help to employers by defraying some of the cost of offering and maintaining such plans with tax credits.”

“IRI also commends Representative Neal’s continued focus on promoting and enhancing our nation’s retirement security with his [separate] introduction of the Retirement Plan Simplification and Enhancement Act of 2017,” Weatherford adds. “This legislation includes many additional innovative ideas [that] would help Americans to save for retirement by expanding coverage, increasing retirement savings and preserving income.” 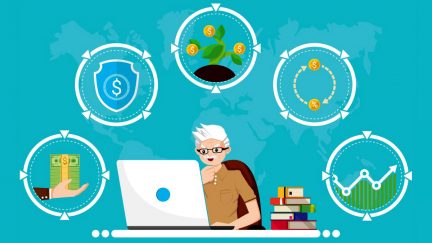 The U.S. District Court for the Eastern District of Missouri has ruled in favor of the defendants in an Employee...
SPONSORED MESSAGE — SCROLL FOR MORE CONTENT