The House Ways and Means Committee has scheduled a markup session for 11 a.m. EST, May 5—i.e., tomorrow—focused on advancing the “Securing a Strong Retirement Act.”

A markup session is where a committee formally considers a bill and debates amendments, should any be put forward by committee members. Typically, such sessions conclude with a vote on a final version of a bill for full House floor consideration, though other outcomes are possible that would potentially pause or slow the bill’s progress. Should the committee advance the bill by majority vote, it is possible the full House could vote on the legislation in the coming weeks or months.

Retirement industry observers have taken to referring to the ambitious Securing a Strong Retirement Act as the “SECURE Act 2.0,” because it would build in various important ways on the success of the Setting Every Community Up for Retirement Enhancement (SECURE) Act. This legislation, passed into law late in 2019, delivered a host of popular retirement-focused reforms, including the establishment of a new marketplace for pooled employer plans (PEPs) and the creation of a framework for delivering portable in-plan lifetime income investments.

Among the follow-up legislation’s most popular features are a provision to increase the qualified plan required minimum distribution (RMD) age to 75, the elimination of barriers to even broader use of lifetime income products, the expansion of retirement savings opportunities for nonprofit organization employees, and the creation of greater clarity regarding startups’ tax credits that incentivize small businesses to join multiple employer plans (MEPs) and PEPs.

Commenting on the pending legislative action, Wayne Chopus, president and CEO of the Insured Retirement Institute (IRI), said the stakes remain high when it comes to addressing the U.S. retirement security gap. While the SECURE Act represented a great advancement, he says, much more can be done to help lower- and middle-income Americans pursue greater financial stability.

“The enactment of the SECURE Act in late 2019 was a big step forward for workers, retirees and their families,” Chopus tells PLANSPONSOR. “It has put them on a path toward relieving some of the anxiety they feel about their future retirement security. However, we also know there is still much more that needs to be done to build their economic equity, strengthen their financial security, and protect their income in a way that can sustain them throughout their retirement years.”

In a recent conversation with PLANSPONSOR, Catherine Reilly, Smart USA’s director of U.S. retirement solutions, said the firm’s hopes remain high that the SECURE Act 2.0 could become law this year. Reilly noted that her background as a self-described “policy wonk,” having earned a master’s degree in public administration from the Harvard Kennedy School of Government, has certainly come in handy as she worked to help Smart transition its PEP business from the U.K. to the U.S. Echoing comments from other industry professionals, Reilly said the new bill could significantly accelerate the progress being made in closing the coverage gap.

“SECURE 2.0 doesn’t have a retirement plan mandate per se, but it would require employers that already offer a plan to implement automatic enrollment for most employees, which would be a good start toward addressing the coverage gap overall,” Reilly said. “Unfortunately, even SECURE 2.0 is not a full solution for all sectors, for example gig workers. It may help in that it does reduce the service requirements for long-term part-time workers, but that’s not exactly the same group of people.”

Chopus says the insurance industry is hopeful that the SECURE Act 2.0 might permit plans to use qualified longevity annuity contracts (QLACs) as a component of their qualified default investment alternative (QDIA). The sources agree this would be a powerful step toward driving wider acceptance and usage of in-plan annuities.

The full text of the Securing a Strong Retirement Act, as introduced, is available here.

Among the many other provisions detailed across some 140 pages of text, the legislation proposes expanding auto-enrollment in retirement plans, simplifying and increasing the saver’s credit, enhancing 403(b) plans, and indexing the individual retirement account (IRA) catch-up limit. Other sections address the treatment of student loan payments as elective deferrals for purposes of retirement plan matching contributions and describe a new military spouse retirement plan eligibility credit for small employers. 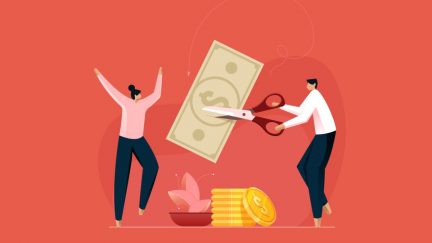