The 2nd U.S. Circuit Court of Appeals has reinstated its initial decision in an Employee Retirement Income Security Act (ERISA) lawsuit against IBM, siding with the plaintiffs.

The plaintiffs in Retirement Plans Committee of IBM v. Larry W. Jander had alleged the tech giant’s management of its employee stock ownership plan (ESOP) was imprudent, citing a drop in IBM common stock by more than $12 per share. The lawsuit alleged that defendants invested retirement plan assets in IBM common stock despite their knowledge of undisclosed troubles relating to IBM’s microelectronic business. In doing so, the plaintiffs argued the company violated its fiduciary duty of prudence to plaintiffs under ERISA.

IBM defendants requested an appeal to the Supreme Court, for which the high court then remanded the case back to the 2nd Circuit, citing new arguments. “The question presented in this case concerned what it takes to plausibly allege an alternative action that a prudent fiduciary in the same circumstances would not have viewed as more likely to harm the fund than to help it,” the Supreme Court decision explained. “It asked whether Dudenhoeffer’s ‘more harm than good’ pleading standard can be satisfied by generalized allegations that the harm of an inevitable disclosure of an alleged fraud generally increases over time.”

The Supreme Court noted the petitioners argued that ERISA imposes no duty on an employee stock ownership plan fiduciary to act on inside information. For its part, the government argued that an ERISA-based duty to disclose inside information that is not otherwise required to be disclosed by the securities laws would conflict at least with objectives of the complex insider trading and corporate disclosure requirements imposed by the federal securities laws.

“The Second Circuit did not address these arguments, and, for that reason, neither shall we,” the Supreme Court ruled. “We are a court of review, not of first view. For this reason, we vacate the judgment below and remand the case, leaving it to the Second Circuit whether to determine their merits, taking such action as it deems appropriate.”

The 2nd Circuit invited parties of both sides, along with the Chamber of Commerce, the Securities Industry and Financial Markets Association, the ERISA Industry Committee and the American Benefits Council, to submit new briefings and information not previously raised before the court. After its review, the court re-established its previous ruling in favor of the plaintiffs.

“Having reviewed the submission from the parties and amici, we now reinstate the judgement entered pursuant to our initial opinion,” the court said in its opinion. “The arguments raised in the supplemental briefs either were previously considered by this court or were not properly raised. To the extent that the arguments were previously considered, we will not revisit them. To the extent that they were not properly raised, they have been forfeited, and we decline to entertain them.”

The ruling is unlike many defendant-dominated stock drop wins handed down after the U.S. Supreme Court’s ruling in Fifth-Third v. Dudenhoeffer. Plaintiffs will now have the chance to reargue their case in front of the U.S. District Court for the Southern District of New York, which had previously sided against participants before the appellate court rejected the finding.

The full text of the court’s decision can be found here. 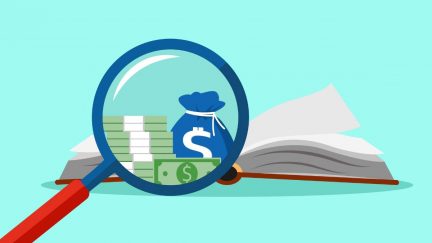 « Fostering Compassion During a Crisis