The text of the new complaint closely resembles others from the increasingly well-known law firm Capozzi Adler, which has filed numerous ERISA excessive fee lawsuits in the past several years. In other words, the complaint says the defendants have failed to objectively and adequately review the plan’s investment portfolio with due care to ensure that each investment option was prudent, in terms of cost. The complaint further alleges the plan’s fiduciaries improperly maintained certain funds in the plan despite the availability of identical or similar investment options with lower costs and/or better performance histories. Finally, it alleges the defendants failed to control the plan’s administrative and recordkeeping costs.

Based on this alleged conduct, the plaintiffs assert claims against the defendants for breach of the fiduciary duty of prudence and for failure to monitor fiduciaries.

Another feature the new complaint has in common with suits filed previously by Capozzi Adler is its reliance on comparing the plan’s expenses for investments and administration services with a group of alleged peers who, according to the complaint, pay less for similar services.

It’s important to note that such claims have met varying levels of success across the federal court system, based mainly on the degree to which a given complaint establishes that an imprudent fiduciary management process was potentially in place. In other words, it is not enough for a potential class of plaintiffs to merely point out that its plan has relatively expensive investments or administrative fees relative to its peers. (See Davis v. Salesforce and Kurtz v. Vail Corp.)

This is likely why the complaint seeks to establish that the allegedly excessive fees were only paid due to a lack of care and diligence on the part of the plan’s fiduciaries.

“Another indication of defendants’ failure to prudently monitor the plan’s funds is that the plan retained 11 mutual funds—having more than $156 million in participant assets as of 2019—as plan investment options despite the fact that these funds charged grossly excessive fees compared with identical, comparable and/or superior alternatives, and despite ample evidence available to a reasonable fiduciary that the costs associated with these funds were imprudently high,” the complaint states. “Out of the 24 mutual funds in the plan in 2019, 11 of them, or more than 45%, remained unchanged since 2013. Failure to remove or change imprudent funds to less expensive share classes or cheaper cost structures over the course of several years is a clear indication that defendants were not monitoring the plan’s funds as they should have been.”

The full text of the complaint is available hNesbethvIconClinicalResearchComplainthere.

Retirement Trends to Watch in 2023

As larger numbers of Americans near retirement age, a renewed focus on retirement income is expected. 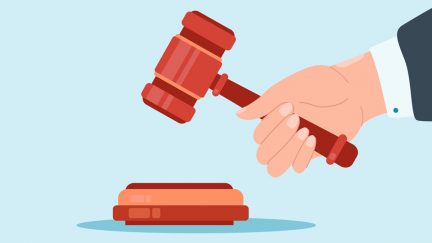 Vernon and Shirley Hill will pay more than $2 million after claims the couple invested as much as 70% of...
SPONSORED MESSAGE — SCROLL FOR MORE CONTENT

« Claims Over Fidelity’s Use of Participant Data Dismissed