After centering an election and nearly a year into his presidency on the repeal and replacement of the Affordable Care Act (ACA), President Trump signed executive orders on October 12 anticipated to introduce and increase alternative, lower-cost health care options to individuals and small employers while dismantling ACA provisions.

Shams Talib, executive vice president and head of Benefits Consulting at Fidelity, explains that the orders, which call on several agencies, including the Treasury, the Department of Labor (DOL), and the Department of Health and Human Services, to develop a proposed guideline within the upcoming two to four months, is divided into three components: growing association health plans (AHPs) across state lines to heighten demand among smaller employers; expanding the three-month coverage of short-term limited-duration insurance (STLDI); and increasing the use of health reimbursement arrangements (HRAs).

The expansion of the three are said to offer cheaper health care plans to attract younger, healthy individuals. For healthier workers who would otherwise elect the Consolidated Omnibus Budget Reconciliation Act of 1985 (COBRA) when looking to continue health insurance coverage if leaving employment, Talib notes coverage with STLDIs may result in cheaper costs for those individuals.

“It’s likely that depending on how the short-term limited duration health insurance comes about through the executive order, that might be a better alternative than paying the full premiums for COBRA coverage, and that’s more financially feasible for people who might be unemployed, or whatever the reason they need coverage, and COBRA is too expensive for them,” he says.

Talib notes that even for those older, sicker participants, the changes could increase benefits while decreasing premium costs.

“Those individuals with the more comprehensive coverage, who might not be as healthy, will ultimately have to pay higher premiums under the ACA and so, part of what’s behind the executive order is that it does make some of the features of the ACA less tenable because it creates a higher risk pool for those individuals who would actually benefit from the comprehensive health care coverage, but would have to pay significantly higher premiums,” says Talib.

NEXT: Executive orders may decrease coverage to some

The increased usage of AHPs, along with STLDIs and HRAs, would undo several features of the ACA, most notably the individual mandate requirement heavily scrutinized by Trump throughout the election cycle and in the past year.

Yet, the proposed expansion of these smaller coverage plans in the American health care marketplace creates questions on whether sufficient coverage could be garnered from these changes, especially for patients with pre-existing conditions subject to losing health insurance.

“Associated health plans have had some issues in the past, and so it really depends on how it works,” says Steve Wojcik, vice president of public policy at the National Business Group on Health. “Sometimes they don’t really work out the way they’re planned, they either end up being too expensive or not having enough coverage to really be a big benefit, or have adverse selection issues.”

According to an annual health care study released by the Transamerica Center for Health Studies (TCHS), 57% of respondents do not believe the government should require an individual mandate. However, 19% reported that if the mandate were to be removed, they would like their employer to increase coverage. Additionally, 60% reported health care benefits come in second on the scale of importance after salary; 24% said they have had to leave a past job over a lack of health insurance; and 26% of employers in the survey reported the most common fear among employees is losing their health care due to a pre-existing condition.

NEXT: Expansion of HRAs adds options for small employers

Among the proposed increase of small plans is the rise of HRAs. Contrary to health savings accounts (HSAs), HRAs cannot currently be utilized for medical plan premiums, but instead can pay eligible HRA expenses including individual health insurance premiums. In the past, HRAs have had trouble in popularity compared to HSAs—average prevalence and enrollment rates for HRAs averaged at 10% in 2017, while HSA enrollment hovers at 17% and prevalence at 24.6%.

Under the executive orders, HRAs would be eligible to pay for medical plan premiums on non-group coverage, as well as be offered on a standalone basis.

“HRAs are probably the most flexible of the types of health accounts that are available to employees with their health care expenses,” says Wojcik. “The HSA rules are pretty strict and they are tied to a specific health plan design. HRAs are not and they give the employer a lot more flexibility in terms of not just the type of plan that goes with it, but all other rules in terms of what happens with the HRA when an employee leaves.”

Under HRAs, when an employee is terminated or leaves the company, funds will remain with the employer. HSAs, on the other hand, move with the employee since the worker will own the account.

NEXT: End of CSR payments could increase employer plan premiums

Several hours after announcing and signing the executive orders, Trump revealed the decision to terminate cost-sharing reduction (CSR) payments under the Affordable Care Act, a system that offers coverage to millions of Americans.

“This is a big deal, not just for recipients of the subsidies but for everyone with health insurance,” said James A. Klein, president of the American Benefits Council, in a statement. “While the CSRs are designed to help stabilize the individual health insurance market, the absence of these payments could have cascading effects on the large group employer market that covers more than 178 million Americans.”

According to the American Benefits Council, “Employers rely on a healthy and viable individual health insurance marketplace, since an unstable market could result in further cost-shifting from health care providers to large employer plans. Additionally, erosion of the ACA exchanges would make individual market coverage a less viable option for part time workers, early retirees, and those who would otherwise elect to secure coverage through the individual market rather than sign up for, or remain on, COBRA.”

This absence of subsidies means health insurers would have to underride risk prudently, which could only result in higher premium rates, according to Pearce Weaver, senior vice president of Fidelity Benefits Consulting.

“Insurance companies, if they don’t have some levels of certainty on how they take on and manage risk, they may underride very conservatively, which would result in much higher premium rates,” he says. “So anything that the administration or Congress does to weaken the ACA and make things less certain for the health insurers creates volatility and the potential for significant price increases in the market.”

For now, employers can only adopt a wait-and-see approach as impacts of the executive orders and changes will roll out through 2018 and 2019, says Talib.

“In the meantime, we’re advising our clients that the ACA is still the law of the land at this point, so employers still need to make sure that they comply with the various features of the ACA as it stands,” he says. “At the end of the day, most employers are sitting tight right now, waiting for more guidance.” 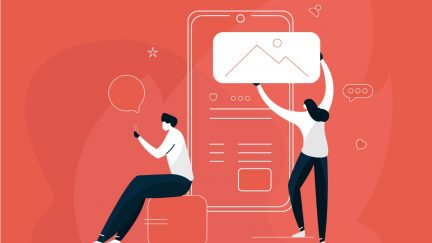 Is It Time to Reconsider Self-Funding Health Insurance?

Self-funding can result in cost savings and access to more data to drive better plan designs, but plan sponsors need...

Specific benefit offerings and increased communications are needed to help employees and to keep costs down.

It’s uncertain what will happen with costs going forward, however.
SPONSORED MESSAGE — SCROLL FOR MORE CONTENT