Among the most commonly cited reasons for the ongoing shift from defined benefit (DB) to defined contribution (DC) retirement plans has been the perception that the latter is a more cost-efficient way to provide retirement benefits to employees.

But comparing the expenses between a DB plan and a DC plan is a difficult task for a plan sponsor, given all the variables that impact a plan. Plan size and participation rates, market performance, contribution levels and interest rates, for example, can all affect the costs of DB or DC plans.

“The problem, of course, is that not all DB plans have the same generosity or parameters, and not all DC plans are the same,” says Jack VanDerhei, research director for the Employee Benefit Research Institute (EBRI). “To really compare the costs, you have to make so many assumptions across all different kinds of plan formulas and across all different kinds of employees.”

Still, experts note there are instances where the DB plan is the more cost-effective option, and some studies find that defined benefit plans cost less overall for employers. A 2019 study by the National Institute on Retirement Security (NIRS) found retirement costs actually went up in four states when they closed their existing pension plans. One state, West Virginia, even reopened its pension plan after a failed attempt at switching to a DC plan.

A 2014 NIRS study found that DB plans, modeled with the typical fees and asset allocation of a large public plan, generated a 48% cost savings over a DC plan due to longevity risk pooling, lower fees and professional management.

Industry experts say that defined benefit plans can invest more aggressively on behalf of a group, including those who are young or will die early. Individuals in a DC plan, on the other hand, must invest on their own behalf, making more conservative investments as they approach or enter retirement and lowering their potential returns.

While the benefits of longevity pooling and professional management that come with a DB plan remain, Dan Doonan, executive director of NIRS, says DB plans may no longer have much of an advantage when it comes to fees, since DC plan fees have come down substantially in recent years.

However, while the NIRS study compared the overall costs of the DB and DC plans, it did not account for share of costs borne by employers versus employees. Many DC plans cost less for the employer because they’re able to offload the expense to participants.

In general, regardless of the plan type, larger plans have lower costs, on a per-participant basis, than smaller plans, since they can take advantage of economies of scale. Researchers at the University of Oregon found that small DB plans, in particular, have to spend more in order to achieve the same level of benefits as small DC plans.

“When you think about retirement infrastructure, size does matter,” Doonan says. “And size can be very helpful in providing more value to participants.”

In addition to administration fees, DC plan providers must consider the cost of regulatory filings, hiring advisers and the cost of financial wellness or other educational programs aimed at boosting participation and engagement with the plan. Defined benefit plan providers must factor in hiring an actuary and insurance payments to the Pension Benefit Guaranty Corporation (PBGC).

For many plan sponsors, the largest expense associated with retirement plans is the cost of contributions. It’s an expense that varies for plan sponsors with defined contribution plans (if they offer a match), depending on how much employees contribute in a given year.

“On the DC side, you’re never going to have the same level of certitude with respect to that component of the cost as you do under a defined benefit plan, unless you simply do an employer contribution that’s not a match,” VanDerhei says.

On the DB side, plan sponsors may face additional expenses, depending on their funding status.

However, record stock market performance over the past 10 years has helped lift the funding status of many DB plans. After relatively flat returns for the first decade of the 2000s, the S&P 500 returned an annual 13.6% from 2010 to 2020, says Deba Sahoo, senior vice president and head of product for customer journeys at Fidelity Investments.

“So, DB employers that invest for a longer time horizon with the entire plan’s assets were investing more in equity [in recent years] and getting all the rewards of that investment,” he says. “A return of 13.6% has could have significantly reduced their costs. Based on the math, that could shift the dynamics more in factor of the DB plan.”

In the second quarter of 2021, corporate defined benefit plans had an average funding ratio of nearly 90%, according to LGIM America. Having a prudent, fully funded plan, however, will not reduce an employer’s contributions, says Paul Swanson, vice president of retirement, Cuna Mutual Group.

“If the company has a consistent contribution strategy, that can help mitigate the impact of the volatile rate and equity market,” he adds. “It won’t necessarily lower the cost, but it’ll smooth the volatility out.”

DB plans have also had to deal with a protracted period of low interest rates, which has increased their liabilities. Discount rates for defined benefit plans now stand at less than 3%, Swanson says, compared with 6% a decade ago and 7% 20 years ago. And he says that for every 1% decline in the discount rate, pension liabilities can increase by more than 10%.

While the costs of DB plans have gone up, increased competition has resulted in fee compression for DC plans, with overall costs falling by about 50%, Swanson says.

“If you really do a per-employee cost comparison, DB plans generally cost more than DC plans, even though they’re also generally more effective and more efficient from an investment perspective,” Sahoo says.

Defined contribution plans also have a cost advantage over defined benefit plans, since, as long as their plan documents allow it, DC plans have more flexibility to decrease their contribution costs in a given year by reducing or suspending their contributions. Sponsors can also more easily shut down the plan, entirely eliminating all the associated costs.

“The bottom line is, if you’re small and don’t have a certain profit stream, do you really want to take on the obligation of funding someone’s retirement plan, as opposed to a 401(k) system, where the only real obligation is to make the contribution for that particular year?” VanDerhei asks.

Of course, while cost is an important factor, it shouldn’t be the only one employers consider when determining the best mechanism for providing retirement savings services to their employees.

“In an ideal world, any decision about a retirement plan should fit into a much more holistic picture as far as what the company is trying to accomplish with respect to all of its employee benefits,” VanDerhei says. “That’s critically important.” 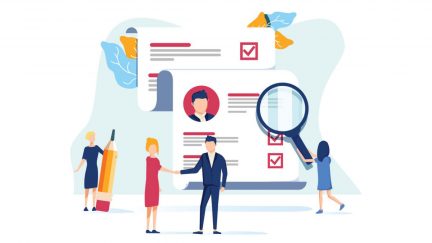 The court concluded that the defendants present extensive evidence that they acted prudently in monitoring the plan’s recordkeeping expenses.

Legislation drafted as part of the Congressional budget reconciliation process includes a broad mandate for employers to offer retirement plans,...

The court said that a plan’s mere underperformance, absent any specific allegations of imprudence, is not actionable.
SPONSORED MESSAGE — SCROLL FOR MORE CONTENT

« Industry Ripe for Development of Retirement Income Products and Solutions