It may seem conflicting—lawmakers and the industry are anxious about passage of the SECURE Act, which would provide a safe harbor for defined contribution (DC) plan sponsors in selecting annuities to offer participants, while at the same time, the Securities and Exchange Commission (SEC) and the State of New York are investigating annuity sales practices in 403(b) plans. It’s actually a question of what will be the difference.

Sri Reddy, SVP of Principal’s Retirement and Income Solutions, based in Des Moines, Iowa, says the regulator investigations have a lot to do with the fact that traditionally, in 403(b) plans, employees have been allowed to choose their investments on their own. A registered representative has met with an employee face-to-face to discuss savings and help set up annuities. “With anything, the consumer has to be aware. There are good and bad in every industry,” Reddy says.

He points out that under the SECURE Act, annuity offerings to retirement plan participants will have the oversight of the plan sponsor.

Neal Shikes, Chartered Retirement Planning Counselor (CRPC), and managing partner at MJN Fiduciary LLC (The Trusted Fiduciary), based in New York City, says most annuities sold to 403(b) plan participants are variable annuities. A variable annuity is an insurance product with a mutual fund sub account that another investment provider is managing. The insurance wrapper is what makes it a tax-deferred savings vehicle.

Variable annuities have life insurance and income features that affect the cost structure, and the insurance wrapper adds mortality charges, Shikes adds. Annuities are complex vehicles for which most retirement plan participants don’t have the acumen.

He says there are no investment differences between these types of annuities and what will be offered to retirement plan participants if the SECURE Act is passed, but there are “structural differences that affect investment expenses, commissions/sales charges, and how administration fees are paid.”

But, Reddy says, with the SECURE Act, participants would be offered different flavors of annuities. For one thing, the typical annuity in a 403(b) plan is an individual contract, while annuities offered in DC plans if the SECURE Act passes will be group annuity contracts. In addition, the annuities held by most 403(b) plan participants require them to lock in income for life at the time of distribution. But, with the SECURE Act, DC plan participants can choose between an immediate annuity, which will provide guaranteed income starting at retirement, or a deferred annuity, which will start at a later age.

“We won’t see products—immediate or deferred—that are tied to market risks,” according to Reddy.

This is not to say anything bad about annuities. “The fact that 403(b)s have built-in lifetime income is a good feature,” Reddy says.

“An annuity is like a tool on a carpenter’s tool belt—it serves a purpose, but you have to know why and when to use it,” Shikes says. 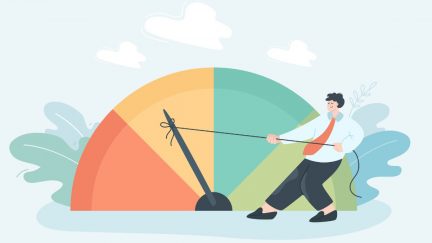 The law offers some minor changes, but some sections do result in increased availability and flexibility for annuities.