Whether you call it the Great Resignation or the Great Reshuffle, employees from entry-level associates to C-suite executives are making career moves, motivated by pandemic-prompted introspection, rising wages and more leverage to negotiate for perks like telecommuting or flexible scheduling.

Even amid ongoing economic uncertainty, 4.4 million people quit their job in April, according to the Bureau of Labor Statistics, slightly below the record 4.5 million who jumped ship from their employer in March.

Barb Delaney, a principal at StoneStreet Renaissance, a HUB International company, says that nearly every client she works with has experienced higher-than-usual turnover on their investment committee and their benefits team.

At the trade group Pharmaceutical Research and Manufacturers of America, or PhRMA, Robin Palchus, the organization’s chief human resource officer, says the higher turnover rate has been more of a reshuffling.

PhRMA has had several executives retire over the past year, and Palchus will join their ranks in a few months.

“In part, the last two years have contributed to my desire to retire,” Palchus says. “HR leaders and departments, in particular, bore the brunt of all the Covid-related needs and considerations, including returning to the office decision-making. And we are still dealing with it.”

That said, the upcoming departure of Palchus and several of her colleagues has had little impact on PhRMA’s retirement plan. That hasn’t been the case for all employers. For some plan sponsors, the high quit rates of the past few years—both internally and at the recordkeepers and advisers with whom they work—have created a number of challenges.

One such challenge is the increase in the potential for errors, since new people may be handling an account just as transactions increase due to employees joining or leaving the plan in greater numbers.

“The people who are still there that haven’t moved on to a different company are stretched so thin,” says Audrey Wheat, manager, vendor analysis at CAPTRUST. “There is more opportunity for error because they have taken on more responsibility.”

Delaney also notes the potential for increased errors. “If you don’t teach your new payroll person about the plan rules and they enroll new people late, then the plan sponsor has to pay the penalty,” says Delaney.

Conducting regular training for all employees in the payroll, finance and human resources team can help prevent such mistakes, Delaney says, adding that her team conducts such training annually for its clients. Training everyone who touches the 401(k) in the plan rules can prevent the costs of correcting mistakes later.

Turnover in the benefits department or on plan investment committees may require even more frequent education in today’s market, Wheat says.

“There have been a lot of advisers we have worked with on RFP projects, where the adviser will mention ‘Hey, my entire committee just turned over, so I need to explain the process all over again because when we talked to them last year it was a completely different committee.’”

The Great Resignation also poses challenges for plan sponsors who may be dealing with understaffed recordkeepers or advisers, Wheat says, adding that some recordkeepers offered buyouts to their senior staff at the height of the pandemic and the 2020 recession.

“They gave the next generation promotions to step up and lead their premier relationships,” she says. “And then on top of that, you’ve since had the Great Resignation, so you shifted less experienced employees up with internal promotions, but you’re having trouble backfilling their positions.”

For plan sponsors, that may mean dealing with contacts who have less experience and who do not have the same internal support that their predecessors may have had.

“It’s been a perfect storm of shaking up relationships,” Wheat says. “The plan sponsors we have been talking to have definitely been feeling that.”

Delaney says she has heard similar stories from clients. “The recordkeepers have one person trained to be a 5500 expert and another person to do testing and another one for basic administration and payroll questions,” she explains. “But you don’t have anyone holistically who understands the plan design. So when one person leaves, it can be frustrating for the client to not be able to find someone who can answer a specific document or discrimination question.”

Such service issues have affected plan sponsors of all sizes. “We have always seen more service issues with plans on the smaller end of the market, because you’re working with less experienced people,” Wheat says.

However, service issues are now creeping into the large and mega plan space, she adds. She now fields occasional service complaints for plans with $1 billion or more in assets, which almost never happened prior to the pandemic.

One solution for plan sponsors experiencing service issues is to speak up. If your primary contact at a recordkeeper has departed, plan sponsors should keep in mind that they do not have to stick with the first new rep assigned to their account, says John Stanton, vice president of retirement services operations with Houston-based Insperity.

“Talk to that person first,” he says. “If you think you need someone with more experience and more knowledge, ask for that.”

Plan participants may also be experiencing the impact of the Great Resignation, Wheat says. “The best example there is on call center wait times,” she explains. “We have heard stories of over an hour on hold to take a loan or a simple distribution. Turnover was always high at the call centers, and now the Great Resignation has just really compounded that.”

The Great Resignation has also created an opportunity for plan sponsors to take a closer look at their plan design to see whether it may need tweaking amid a larger number of participant separations.

“Plan sponsors can look at their distribution options for when they have employees leaving,” she explains. “It they only offer full distributions, this might be time to take a look at adding partial distributions, so you don’t have huge balances rolling out. You may want to incentivize people to keep their money in the plan.”

As employees remain open to other job opportunities, plan sponsors can also use their benefits as a differentiator as they compete to attract and retain talent. A Willis Towers Watson survey in April found that six in 10 employees cited their employers’ retirement benefits as an important reason they remain with their current employer, compared to just 41% of employees who said that in 2010.

“In many cases, once we explain the value of our benefits, including our competitive 401(k) plan, oftentimes that is received with an incredibly positive reaction from incoming new employees,” says PhRMA’s Palchus. “It might even make up the gap for more money.” 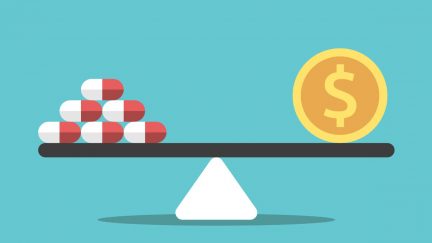 As employers continue to view benefits as a critical incentive to attract and retain talent, the new Hub Benefits SmartView...
SPONSORED MESSAGE — SCROLL FOR MORE CONTENT

« Hopes Are High for Lame-Duck Passage of SECURE 2.0