Among one of the most overwhelming effects of the COVID-19 outbreak is the switch from the record-long bull market trend to the current bear market.

Bear markets occur when securities drop 20% or more from its peak and have lasted for a period of two months or more. This is widely confused with market corrections, which are short-term drops where large stock indexes, like the S&P 500 or the Dow Jones industrial Average, fall more than 10%, but less than 20%.

The market downturn has been monumental for most investors, given its speed and rate, industry experts say. According to a Fidelity report, shock and uncertainty surrounding the coronavirus outbreak is “both a supply and demand shock that adds a significant near-term headwind to global growth.” This ambiguity turns into pessimism, which further grows the distrust in the market. While investors were once encouraged to buy stocks and spend, now many— especially small business employees—are experiencing layoffs and being discouraged from adding changes to their investments, all in a matter of weeks.

“This is an almost unprecedented decline in stocks,” states Sean Naughton, senior vice president of U.S. Equities for RBC Wealth Management. “The only other period that is comparable to these times are Black Monday in the 1980s, and the Great Depression in 1929.”

Comparing previous market downturns to the current market climate is hard to do. Markets are inherently volatile, and downturns will always be inevitable, says Dave Stinnett, head of the Strategic Retirement Consulting Group at Vanguard, but no two can be the same. “We do expect markets to reach this point from time to time. For example, global equity markets have experienced eight bear markets over the last 40 years, or one roughly every five years.”

According to Charles Schwab, on average, bear markets will roughly last for 17 months—much shorter than the recent bull market’s 11-year long tenure. This is why industry experts discourage investors from making large, rash decisions in their investments during this time.

The swings in the market are surely enough to make short- and long-term investors uneasy. Younger investors do have time on their side, as the declines in their investments and stocks will likely recover long before their retirement date, Naughton says. “Historically, markets will always recover. For those earlier in their career, who have 10, 20, 30 years to go, there isn’t much risk,” he notes.

Short-term investors—those nearing retirement within five years or less—may be much more unnerved. Now is the time to speak to financial advisers, notes Anthony Saglimbene, global market strategist at Ameriprise Financial. “If there are some changes that you may want to make, then maybe you should wait until the market is calmer,” he says. “Now is the time to talk to your adviser, not to act.”

While purchasing cheaper stocks during a bear market can increase an investor’s wealth if the market regains, it’s a large risk, considering how stocks can continue to fall. Investors cannot time a bear market, so it’s hard to predict its length of time. For both types of investors, the suggestions are clear: Avoid implementing large changes to investments. Long-term investors with spare cash—and not from savings—can choose to invest in cheaper stocks, but short-term investors are encouraged to stay put. Either way, investors should not look at adding large alterations. “This is not the time to make big changes,” Saglimbene says. “Time and time again, if they’re making negative decisions, they’ll miss the rally and that can make long-term damages on portfolios.”

Pulling money out of savings accounts is a move made by many short-term investors who are worried about losing even more than what they’ve already lost. Stinnett says investors should think twice before leaving a down market, explaining that not only could they potentially miss out on the potential recovery, but will also have to make the call on when is the best time to get back in.

“Research proves that people vastly overrate their ability to get back into the market,” he adds. In fact, Stinnett argues it’s much more crucial for investors to remain disciplined in their approach and maintain a long-term perspective. “It’s much easier to recover if you stay the course than if you sell low and try to get back in later,” he points out.

Saglimbene foresees a volatile future, especially given the amount of uncertainty surrounding COVID-19. “It’s very difficult for investors to try to time this market with all this uncertainty, but over time the markets will recover,” he says. “When you see the virus numbers contract and slow down, then investors can make better decisions about how to navigate this environment.” 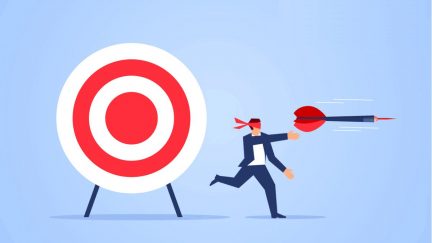 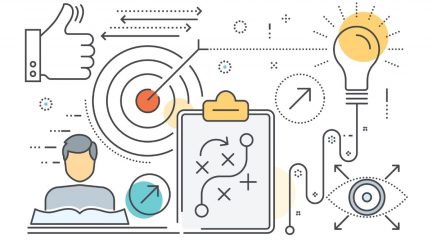