The union representing Pleasant Ridge Manor workers, American Federation of State, County and Municipal Employees (AFSCME) District Council 85, charges that under long-standing state law, County Council needed to negotiate the pension changes with the employees, according to the Erie Times-News. Instead, it says, union leaders who are negotiating a new contract with the county learned of the plan to change pension benefits via media reports.

The union also says county government’s plan to create a 401(k) plan for nursing home workers is illegal. It argues that such plans must be created under section 457(b) of the tax code.

The news report said President Judge Ernest J. DiSantis Jr. entered an order enjoining the county from implementing the new plan until the Pennsylvania Labor Relations Board or he authorizes the changes. DiSantis gave the county until January 13 to file written arguments on the issue. He will then either rule or hold a hearing.

George Joseph, attorney for Erie County, disputes the union’s position that pension benefits must be bargained. “The pension plan reserves exclusively to the Board of Trustees the right to amend or terminate the plan,” Joseph wrote, according to the Erie Times-News.

The union’s request for an injunction came after Erie County Council, acting as Pleasant Ridge’s board of trustees, voted 4-3 on November 17 to approve a “hybrid” pension change that allows half of the nursing homes’ roughly 360 employees who participate in the pension plan to continue accruing pension benefits. For the other roughly 180 employees, pension accrual would cease. Those employees and others hired after January 1 would instead be able to opt into a new 401(k) plan in which Pleasant Ridge would match, dollar-for-dollar, the first 3% of an employee’s contributions.

The hybrid plan is expected to cut Pleasant Manor’s pension contribution by a little more than $112,000. It was chosen over a hard pension freeze, which would have stopped the accrual of pension benefits for employees. That option would have shaved nearly $800,000 off Pleasant Ridge’s yearly-required contribution to employee pensions, budgeted at $2.2 million for 2012.

In conjunction with the action filed in Erie County Court, AFSCME also filed a formal complaint of unfair labor practices with the Pennsylvania Labor Relations Board charging that the adoption of the new pension plan “unlawfully coerces the employees’ exercise of their rights.” 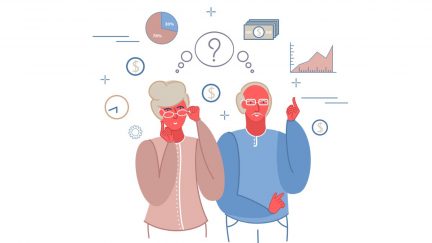 The Internal Revenue Service is seeking applications for vacancies on the Advisory Committee on Tax Exempt and Government Entities.