The Bipartisan Budget Act of 2018 provided that a distribution from a 401(k) or similar tax-qualified retirement plan will not fail to be treated as made on account of hardship merely because the employee did not first exhaust any available loan from the plan.

In addition, the law expanded the types of contributions and earnings a plan may make available for hardship distributions, and it directed the IRS and Treasury Department to eliminate the safe harbor requirement to suspend participant contributions for six months in order for the distribution to be deemed necessary to satisfy an immediate and heavy financial need.

Nearly a year and a half after the law’s passage, evidence is emerging that this change in the law has resulted in a significant spike in hardship withdrawals. According to Kevin Barry, president of workplace investing at Fidelity, the number of hardship withdrawals taken in the first months of 2019 jumped 40% over the previous year. At the same time, the rate of retirement plan participants taking loans has fallen 7%.

“This is a trend we were afraid we would see when the law was passed, and now the evidence is clear that hardship withdrawals are already up quite a bit,” Barry said.

While correlation does not equal causation, it should be observed how the trend of greater claiming of hardships comes at a time when the U.S. economy and job market are healthy. And, in Barry’s assessment, the drop in the rate of participants taking loans is in itself demonstrative.

“It makes sense that we would see this trend,” Barry said. “The law changed the rules for 401(k) loans and hardship withdrawals, making it easier to draw the money directly as a hardship without first getting involved in the loan process. As a result of this change in incentives, we’ve seen a clear shift. Loans are down 7% so far and hardship withdrawals are up 40%. This is a big issue.”

Barry noted that the change in the law was created for good intentions, relating to the Hurricane disasters of recent years and the need for millions of Americans to access liquid funds.

“Moving forward, this is a topic we are looking at closely, and we’re already talking to a lot of our clients about doing education or even addressing this challenge through plan design changes,” Barry said. “The jump in hardship withdrawals shows us that choice architecture and incentives really matter. At the end of the day, yes there are going to be people who need to access hardship withdrawals. But we know there are also people who could be well-suited for taking a loan, rather than a hardship. There needs to be education around this, and it really highlights the importance of emergency savings. Our personalized actions plans generally call for people to have liquid savings that can pay for three to six months of living expenses.” 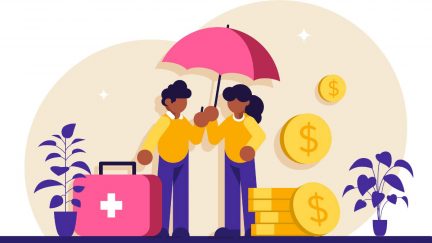 Plan sponsors should educate their employees about distributions, and they can help their workers set up emergency savings accounts to...

Notice 2020-50 expands the definition of who is a qualified individual to take into account additional factors such as reductions...

Lessening the Impact on Retirement Savings of Taking a Hardship Withdrawal

Following rule changes plan sponsors still have discretion over limiting the amount of hardship withdrawals and participants can continue to...
SPONSORED MESSAGE — SCROLL FOR MORE CONTENT