According to a press release 88% of survey respondents are unaware that beginning January 1, 2010, income limits are being lifted for investors who want to covert non-Roth retirement assets into a Roth IRA. More than a quarter of investors (28%) answered incorrectly when asked if contributions to a Roth IRA are tax deductible, as did 20% when asked if investment gains and income are tax free.

More than half (55%) of investors surveyed said they are willing to investigate a Roth IRA conversion for a 401(k) left with a former employer or other IRA. Lack of understanding was the number one barrier to conversion cited by respondents, the press release said.

Approximately one third of investors indicate they do not understand a Roth IRA conversion’s tax implications (34%) or the tax structure of a Roth IRA itself (30%). Nearly a third (30%) say their balances are too small for a conversion or they lack sufficient funds (27%) to cover the conversion tax costs. One in five (20%) do not believe a Roth IRA fits their needs.

Fifty-one percent of respondents indicated they would look to their financial adviser or accountant for information on whether a Roth IRA is right for them, while 35% would seek help from a representative of their financial institution, and 32% would use online resources.

The survey found only 7% of investors surveyed say they plan to convert to a Roth IRA.

Information to help investors in their analysis of Roth IRAs is at www.fidelity.com/rothpov . 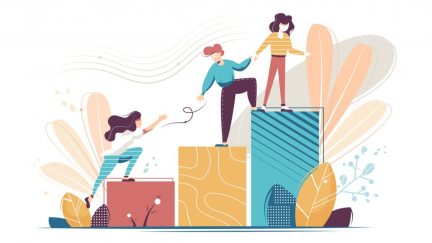 Between state-run plans, PEPs and moves to enhance SIMPLE plans, different entities are tackling the same problem in different ways.

The firms say it can help employers, who won’t need to respond to as many inquiries from former employees about...

The bills introduced in the state legislature would require companies with 10 or more employees that have been in business...
SPONSORED MESSAGE — SCROLL FOR MORE CONTENT