Across income groups, LGBTQ workers are less confident in having accumulated enough savings to live comfortably in retirement, according to the 2022 Retirement Confidence Survey from the Employee Benefit Research Institute.

The survey included an oversample of LGTBQ individuals for an analysis of the retirement readiness challenges faced by LGBTQ workers. Compared to other retirees and pre-retirees, LGBTQ Americans have lower incomes and are less confident that they will have accumulated sufficient assets to live comfortably in retirement.

Among upper-income groups represented—those with $75,000 annual household income and above—89% of non-LGBTQ Americans are confident about retirement, compared with 76% of LGBTQ Americans, data show. In this group, 32% of LGBTQ individuals are very confident they will be able to live comfortably in retirement, compared with 39% for non-LGBTQ workers.

Additionally, LGBTQ workers have less assets than non-LGBTQ counterparts, data show. The survey found that—outside of assets including a primary residence and defined benefit plan—66% of LGBTQ individuals who earn $35,000 and below have less than $1,000 in savings and investments, compared with 54% of non-LGBTQ individuals.

“Even when we control for income, non-LGBTQ Americans are more likely to have assets outside of a DB [defined benefit] plan and a home of $250,000 or more than LGBTQ community members, so there are clearly more assets for those in the non-LGBTQ community than for LGBTQ,” Copeland said.

The 2022 EBRI survey included 2,677 Americans. It was conducted through an online panel from January 4 through January 26 of this year. All respondents were ages 25 or older. The respondents comprised 1,545 workers and 1,132 retirees, including an oversample of 807 surveys among LGBTQ Americans—639 workers and 168 retirees. The data were weighted by age, sex, LGBTQ status, household income and race/ethnicity, to provide nationally representative estimates. 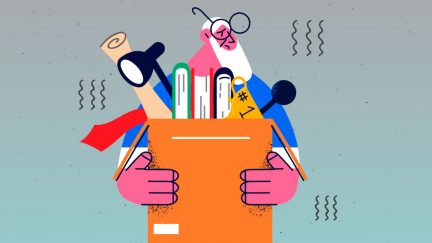 Many employees ages 55 to 74 aren’t part of the Great Resignation—they got fired.
SPONSORED MESSAGE — SCROLL FOR MORE CONTENT