Research has found that when savers perceive the amounts they need to save on more granular terms, such as $5 per day as opposed to $150 per month, they are more likely to commit to and sustain a personal savings regimen.

Hal Hershfield, an associate professor of marketing at the University of California, Los Angeles (UCLA); Stephen Shu, a research student at the University of London; and Shlomo Benartzi, a professor at UCLA, studied thousands of new users of a financial technology app and found that framing deposits in daily amounts as opposed to monthly amounts quadruples the number of consumers who enroll.

In addition, framing deposits in more granular terms reduced the participation gap between lower and higher income consumers. Three times as many consumers in the highest rather than lowest income bracket participated in the program when it was framed as a $150 monthly deposit, but this difference in participation was eliminated when deposits were framed as $5 per day.

“One of the long-standing dilemmas for millions is not having enough money to retire, yet when you explore the primary reasons for this, you find that many simply have great difficulty finding the discipline, as well as extra space in their budget to build up a substantial retirement nest egg,” the researchers say. “As more people have become responsible for their own retirement savings through 401(k) programs and other plans, the need to change the way we think about saving for retirement has become a higher priority for society.”

Some financial advisers are having success with getting employees to save or to save more for retirement by using a similar method. George P. Fraser, financial consultant and managing director of the Fraser Group at Retirement Benefits Group (RBG) in Scottsdale, Arizona, has trademarked his “Pennies on the Dollar” education.

“If you talk about saving a percentage of salary, it can sound enormous to individuals. Reframing it to saving pennies on the dollar has resulted in almost 100% participation for our plan sponsor clients,” he told PLANSPONSOR last year.

Justin Goldstein, vice president, advisory services, retirement at NFP Retirement in Madison, Wisconsin, says, “I’ve learned that the better you can represent information in terms and numbers that participants can actually relate to, the more effective the message will be.” He told PLANSPONSOR that he asks employees to think about their gross pay; they likely think about just the first two numbers. Then he asks, if their next paycheck was $15 less, would they even notice?

Goldstein then explains how that $15 can translate to more income in retirement. He says the concept of increasing retirement income appeals to older participants, while the idea of small steps making a big difference speaks to younger participants.

The university researchers’ report,” Temporal Reframing and Participation in a Savings Program: A Field Experiment,” may be downloaded or purchased here. It was also published in the May 2020 edition of the INFORMS journal “Marketing Science.” 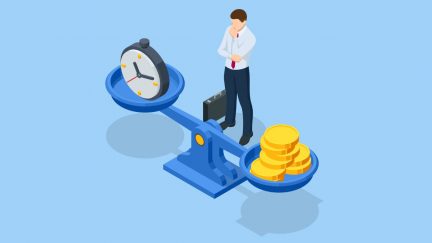 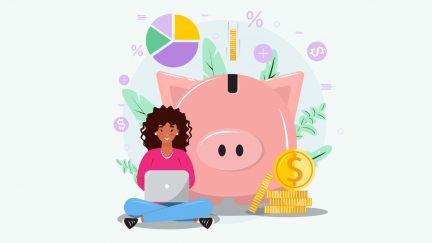 Women are starting to feel more comfortable talking about money, with 53% saying they would find it easier to talk...
SPONSORED MESSAGE — SCROLL FOR MORE CONTENT

« Democrats Take Control of the Senate: What Does That Mean for Your Retirement Plan?