After more than a day of speculation, the incoming Biden-Harris administration has confirmed that it will nominate Marty Walsh as the next Secretary of Labor.

While in terms of regulatory leaders, the retirement plan industry is often most focused on whomever Walsh will select as the head of the Employee Benefits Security Administration (EBSA), the nomination is nonetheless an important moment for the Department of Labor. As Labor Secretary, Walsh will ultimately be in charge of any effort to reverse course on the newly finalized prohibited transaction exemption being implemented in the final and chaotic days of the Trump administration.

In a statement to the press, the Biden-Harris administration says Walsh is “a champion for workers,” arguing he has the relationships and deep experience necessary to usher in “a new era of worker power.” Such ambitious have already caused some conservative business groups to speak out against the nomination, out of fear that Walsh and the Biden-Harris administration can now expect to leverage the support of a fully Democratic federal government.

Sources tell PLANSPONSOR the shift of Senate power, from Republicans to Democrats, makes it much more possible for the incoming administration to enact potentially sweeping and significant reforms in many different areas—labor regulations included.

Besides winning election as the Mayor of Boston for two terms, Walsh’s palmarès also includes having joined the Laborers’ Union Local 223 at age 21, later becoming president of the union. He also led the Boston Metropolitan District Building Trades Council.

The Biden-Harris administration’s statement continues: “For the past 7 years, [Walsh] has worked tirelessly to rebuild the middle class, build a more inclusive, resilient economy, and fight for workers in his hometown—including fighting for a $15 minimum wage and paid family leave. Mayor Walsh is credited with setting records for new affordable housing in the city, putting a roof over the heads of hundreds of homeless people and ending chronic veterans’ homelessness, providing universal pre-k education, and bringing free community college to low-income students in the city. During his tenure as Mayor, 100,000 new jobs were created.”

Apart from potentially reversing course on fiduciary rule-related regulations under the Employee Retirement Income Security Act (ERISA), there are many other areas where sources suggest the next DOL Secretary could drive significant changes. These include, but are not limited to, issuing or modifying regulations that impact the classification and treatment of part-time workers and contractors; the use of environmental, social and governance (ESG) themed investment portfolios in tax-qualified retirement plans; and the actions and responsibilities of proxy advisers. 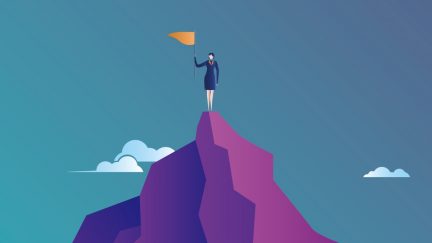 Lisa Gomez, the candidate to serve as the DOL’s assistant secretary for the Employee Benefits Security Administration, will now face...