“Tens of millions of people aren’t participating in retirement plans,” says Jeff Schneble, CEO of San Francisco-based Human Interest, a retirement plan platform that is also a registered investment adviser (RIA). “The really exciting stuff hasn’t happened yet as far as improving retirement savings in the U.S. With so many people not saving in spite of providers being around for 40 years, I would say, in terms of disruption, it almost hasn’t even begun yet.”

Schneble says nearly all his clients use robo-advisory services with a default lineup of passive index funds. However, Human Interest is an open-architecture platform where plan sponsors can select their own lineups if they prefer from 2,000-plus funds in every major asset class, including increasingly popular specialty funds such as environmental, social and governance (ESG) funds.

With its inclusive model, Schneble says his company serves a wide range of sponsors, covering everything from single-person companies to one firm with a couple of thousand workers. The average client his company serves has about 20 to 200 employees. He says companies of this size are typically the ones in which there are gaps in retirement plan offerings.

However, Schneble says a third of the firm’s new business is from existing 401(k)s that convert to the Human Interest platform. He says sponsors of these plans often see substantial savings by making the move.

“In a review of about 100 existing 401(k) plans that approached us for a fee benchmarking exercise, the Human Interest team found that switching to our platform would save a small or medium-sized business more than 50 basis points [bps], on average, on asset-based fees,” he says. “What that means in terms of hard-dollar costs averages nearly $11,000 for a plan with more than $500,000 in assets compared to what they’re paying at their current, legacy 401(k) provider.”

Another player in the fintech provider space is Ubiquity Retirement + Savings, which has about $2.8 billion in assets, with an average plan size of 13 employees. Founder Chad Parks says he finds there are virtually no plans at companies with fewer than 20 employees and the bulk of his business is there.

Unlike Human Interest, Ubiquity does not offer advisory or advice services.

As for fees, Parks says a switch to Ubiquity from a traditional provider can mean plan savings of about 30% to 40%. “And the more employees save over the long term, the bigger their plan balance will be when they need it,” he says. Ubiquity charges a flat fee for service, not an asset-based fee.

“With our fee model, over 30 years, an employee would pay 10 times less in fees than with an asset-based fee,” he says.

“It’s Principal’s entry into the small business turnkey digital arena,” Parks says. “Principal provides investments, and when a prospect doesn’t fit, the firm refers that prospect to the Simply Retirement product. We earn our fees like we would, and Principal earns investment management fees.”

Last summer, Vanguard announced that through a strategic partnership with Infosys, it will provide a cloud-based recordkeeping platform, with planned enhancements for plan sponsors and participants. John James, managing director and head of Vanguard Institutional Investor Group (IIG) told PLANSPONSOR that moving to a cloud platform “completely changes the speed of processing and how quickly we can add products and services.” He also said it improves the firm’s ability to enhance participant personalization.

Kevin Busque, founder and CEO of Guideline, says his firm is what he calls “full stack.” Guideline’s website says it is “a team of entrepreneurs, investment professionals and technologists who are building better ways to plan for the future.” Busque says the firm provides 3(16) administrative services and 3(38) investment management services, as well as recordkeeping and compliance, such as Form 5500 reporting.

“We have full 360 integration with payroll so a plan can be administered very simply,” he adds. “And, we don’t generate the largest portion of our revenue off assets. Companies are saving 90%. We only cost 10% of what a traditional 401(k) costs.”

Busque says companies pay for their 401(k) plan with Guideline just like they would pay for a service such as Slack. It’s $8 per participant. He adds that Guideline owns all of its technology, keeping out any middlemen that would charge asset-based fees.

Guideline offers managed investment portfolios with a blended average mutual fund expense ratio of less than 0.07%. When combined with its 0.08% account fee, the total fees for Guideline’s managed portfolios are about 10 times less than the industry average, per the “401(k) Averages Book” average of 1.68%, Busque says.

Guideline’s clients, he says, range in size from two employees to 1,800, and it focuses on traditional small businesses of one to 500 employees. The company has 22,000 small businesses on its platform and $5 billion in assets under management (AUM).

Another fintech provider, Vestwell, offers plan administration, compliance, recordkeeping, trust and custody services. Founder and CEO Aaron Schumm says technical problems with administration, especially payroll processing, are some of the biggest problems he is called upon to solve for plan sponsors. “We build technology to catch errors upfront and autocorrect it immediately in our recordkeeping engine. We process 93% of payrolls clean the first time,” he says.

Vestwell focuses on companies with up to 500 employees and less than $10 million in plan assets. It functions as the 3(38) investment manager for 10% to 15% of the businesses on its platform. Schumm says the cost is typically about a quarter of what a traditional provider would cost—$1,200 to $1,500 a year.

Even newer companies are coming to market, targeting smaller businesses and purporting to offer even lower costs.

Dan Beck formed 401go, based in Salt Lake City, in 2019. The firm works with RIAs, has a default fund lineup and acts as the 3(38) fiduciary for plan sponsors. It has $30 million in AUM and 250 companies on its platform. The company’s focus is on plan sponsors with about 12 employees, Beck says.

He estimates that plan sponsors can save about 60% compared with the costs of traditional recordkeepers. 401go charges a user fee that starts at $9 per employee per month and goes down based on the number of participants.

Like other companies, Beck says clients come to him looking for easy administration. “We can get a plan started in 15 minutes,” he says. “And some big providers only have 180-degree payroll integration. Information doesn’t go back and forth. It’s on the employer to update deferral elections.”

There are ways that 401go heads off administrative problems, Beck adds.

“Every 401(k), once it reaches $100,000 in assets, has to have a fidelity bond to protect against embezzlement,” he says. “Other providers might send a letter to the plan sponsor at the end of the year saying they need to get this. We don’t wait till the end of the year to make sure the plan is compliant.”

As another example, Beck says, when a plan reaches 100 participants, it must file an annual financial audit with its Form 5500. 401go works with plan sponsors to help them avoid the requirement by moving terminated employees off the plan, especially in high-turnover businesses such as restaurants, where former workers are often left in the system.

Barry Mione, the CEO of new provider Saveday, calls his platform “the Robinhood of 401(k)s.” There is no cost to the employer, and the AUM fee to the participant is 35 bps a year, or $3.50 per $1,000. Citing a study by the Center for American Progress, Mione says the national average for participant fees is 2.2%. The company’s portfolios have fund fees ranging from 6 bps to 8 bps, or 0.06% to 0.08%.

Like 401go, Saveday says it has dramatically reduced onboarding time for employers, from months with traditional providers, to less than a week under its platform, according to Mione. It acts as the administrator, adviser and broker/dealer (B/D) for plans, which he says will allow the company to launch additional products in the future.

Mione declined to give the company’s AUM but says there are about 10,000 potential participants. He calls businesses with 20 to 150 employees Saveday’s “sweet spot.” 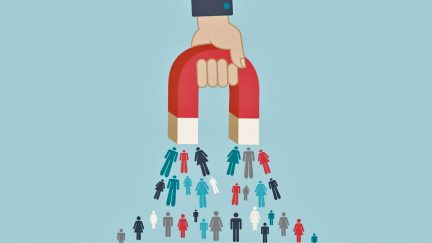 The Standard entered into the definitive agreement to grow its geographical footprint. 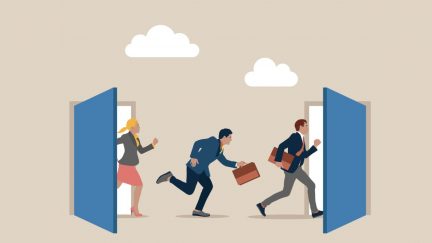 The firm offers a recordkeeping product that combines the Vestwell platform with the services of third-party administrator partners.
SPONSORED MESSAGE — SCROLL FOR MORE CONTENT

« Plan Sponsors Should Eliminate Jargon in Their Communications