In an employer’s battle to attract and retain the best employees, enhanced workplace benefits and robust retirement plans are ammunition.

“What we’ve seen more and more conversations about in 2022 than I ever would have expected in 2012 is around [defined benefit] pension plans,” he says. “While it’s too early to say whether this will actually lead to employers changing plan designs or reopening plans that were previously closed or frozen, employers are speaking about or talking about them in 2022 in a way that we may not have expected three years ago.”

In a June Gallup poll, 40% of Americans surveyed said economic problems are the most severe issues facing the U.S., with 18% citing the high cost of living and inflation and 13% citing the economy in general.

Employers have enhanced existing benefits and incorporated new benefits to tackle employees’ feeling of financial insecurity. And, in a return to the past, they have examined the prospect of renewing pensions to further meet the challenge, Price explains.

“We’ve observed, over the last two years, a deep evolution of the people needs that employers have struggled with,” he says. “Employers have continued to evolve and enhance their benefits programs to meet the challenge.”

Research from T. Rowe Price shows that feeling financially insecure extends to retirement anxiety and general financial stress for employees. The firm’s Retirement Savings and Spending Study finds that retirement plan participants who are experiencing stress from debt are saving less for retirement.

“Workers who start saving for retirement early in their working years have higher Retirement Behavior Index scores than those who start saving later in their working years,” a T. Rowe Price release says. The proprietary Retirement Behavior Index aims to measure not only the impact of participants’ everyday financial behaviors, but also how people balance shorter-term needs with longer-term financial goals, according to the firm.

In their progress toward renewed pensions, many plan sponsors remain at the conversation stage, Segal’s Price says.

“Where the conversation about pension plans have been most energized is where employers have created very defined risk protocols for themselves,” he explains. “Whether it’s a liability-driven investment strategy for the assets, whether it’s plan design that matches the assets to the liabilities or the liabilities to the assets, like a variable annuity plan design, these different risk approaches that employers have taken over the last decade-plus have really been tested, and in many respects employers can now step back and say, ‘We’re six months into a very volatile capital market and we’re comfortable with where we are. Our economic funded status is no worse, maybe even better than it was six months ago, and that’s a sign of the success of our program.’”

Offering a defined benefit pension could be a game changer for attracting talent, Price adds.

There is “a need for resources and helping employees with the myriad decisions that they’re going through,” he says. “Pension plans offer a very powerful way to take some of that stress away from the employee … to be managed professionally by the employer, by its advisers, so that the employee has one less stress to worry about. In fact, they can anchor their financial health around that one piece.”

Plan sponsors are also focused on broadly boosting employee benefits, enhancing retirement benefits through robust 401(k) matches and moving toward broad financial wellness to differentiate themselves in the pool for talent, Price explains.

“Combine[d] with legislation last year that helped protect the contribution burdens in the immediacy of market volatility, that has really given financial officers confidence that they can manage them, and HR officers and heads of HR are saying, ‘We really could benefit from [this]. It has all of the right attributes that we’re looking for to help our employees.’” 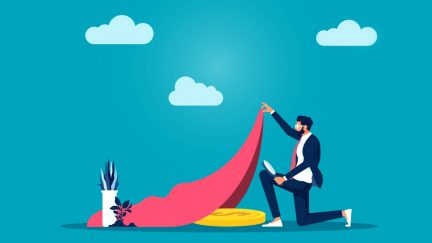 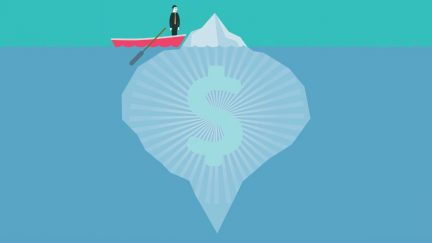 Don’t call it a comeback: Plan sponsors could thaw frozen defined benefit plans to return them as a retirement benefit...

Millennials lead Generation X and Baby Boomers in believing that they won’t receive any benefits from Social Security upon retirement.
SPONSORED MESSAGE — SCROLL FOR MORE CONTENT