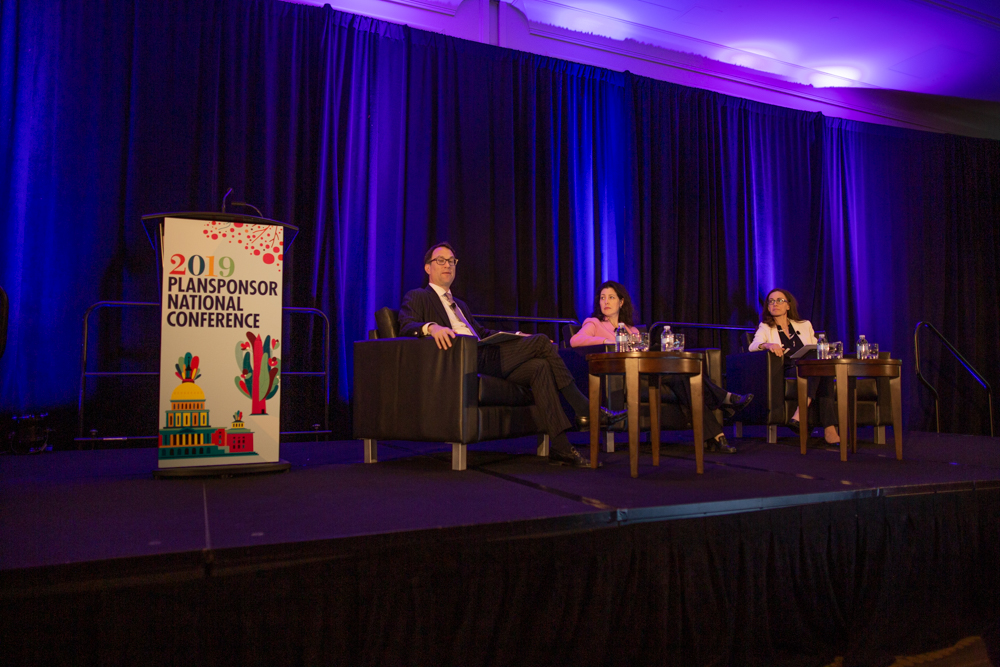 On June 5, the opening day of the 2019 PLANSPONSOR National Conference (PSNC), David N. Levine, a principal with Groom Law Group, and Robin M. Solomon, a partner at Ivins, Phillips & Barker, discussed the Setting Every Community Up for Retirement Enhancement (SECURE) Act, which recently passed the House by a practically unanimous margin of 417 – 3.

Solomon said the House bill is not likely to pass the Senate as is because a few senators object. Notably, Ted Cruz, R-Texas, contends that the bill doesn’t allow 529 Plan savings to be used for K–12 and home schooling. However, Solomon noted that the Senate has its own bill—the Retirement Enhancement and Savings Act (RESA)—with similar provisions to the SECURE Act. “If the Senate passes RESA, the two bills will have to be reconciled by lawmakers,” she said.

Among the SECURE Act’s—and RESA’s—provisions are those that would allow unrelated plan sponsors to band together in pooled employer plans, otherwise known as “open” multiple employer plans (MEPs). Levine said the sanction of open MEPs could have a big impact on the market. For example, in states with automatic IRA [individual retirement account] plans, small businesses could participate in an open MEP and get out of the state plan.

He added that plan sponsors will have to decide whether the scale and standardization of open MEPs is worth it. “I believe there will be some good open MEP product offerings, but there may be some that are not,” Levine said. “The devil is in the details, and the Department of Labor [DOL] is already thinking about the structure.” He reminded plan sponsors that they can’t just participate in an open MEP and walk away; they’ll still have responsibility for selecting and monitoring the provider and watching fees.

Among other provisions of the SECURE Act is an amendment of eligibility rules under the Employee Retirement Income Security Act (ERISA). Solomon explained that the legislation would require dual tracking of eligibility for plan sponsors that have a one-year waiting period for eligibility for their defined contribution (DC) plans that allows for part-time employees to participate. Part-time employees would have to work three consecutive years, 500 hours in each, to participate in the plan, and they would get past-vesting credit.

“Congress is trying to make this cost-neutral for plan sponsors; for example, they don’t have to provide the same benefits to part-time employees, but administering the dual tracking is going to be difficult,” Solomon said. “What if employees switch between being full time and part time? There is still a lot of complexity to work out. Plan sponsors may decide to change their eligibility rules from a one-year wait to immediate eligibility.”

Levine added that plan sponsors would have to work carefully with their payroll provider to set up this dual tracking. “Missing someone is costly,” he said.

Moving on, Levine discussed the SECURE Act’s provisions about safe harbor plans. One change is the elimination of the requirement to give participants a nonelective safe harbor plan notice. Another is that plan sponsors can elect to have a safe harbor plan late in the plan year. “This offers the benefit of adding lower-paid people into the plan and not worrying about nondiscrimination testing,” Levine said.

Speaking of testing, Levine also told conference attendees that the SECURE Act allows for frozen defined benefit (DB) plans to not have to worry about nondiscrimination testing. “Of course, there are a few hoops they have to go through first, but nothing is perfect,” Levine said.

Currently, once a participant reached the age of 70 1/2, he has to begin taking required minimum distributions (RMDs) from retirement plans and IRAs. Levine and Solomon joked about how such a random age was chosen. But the SECURE Act changes that age to 72, Solomon said, and it repeals the prohibition on contributions to IRAs after age 70 1/2.

Solomon added that if a participant dies, some plans allow the beneficiary to take distributions from the plan over his or her lifetime, though current law allows plan sponsors to force the money out of the plan within five years. “Congress wants its tax revenue, so now they are imposing a maximum 10-year limit on taking the money out of the plan. However, plan sponsors may still impose a shorter, five-year limit,” she said.

Another provision in the SECURE Act—which, Levine noted, the DOL has been making proposals about for years—is the requirement of the inclusion of a lifetime income disclosure on participant statements. Solomon pointed out that some providers are already doing this, so it will not be a big shake-up.

Solomon also discussed the idea in the bill about a consolidated Form 5500 for plans in controlled groups or for plan sponsors that offer multiple retirement plans. “There may be a mechanism in place in the future for such plan sponsors to file only one Form 5500. However, again there are hoops. For example, the plans must have the same plan year, same investment platform, same trustee and same plan administrator,” she said. Solomon added that she’s not sure how this will affect the annual financial audit requirement for plans with more than 100 employees.

Finally, Solomon noted, the SECURE Act offers a new distribution reason. DC plan participants can take out up to $5,000 from their accounts in the year following a child’s birth or adoption, and they can pay that money back to the plan.

Levine and Solomon moved from discussing provisions of the SECURE Act to discussing what regulators are up to. The DOL is still focusing heavily on plan sponsors finding missing participants. “You would think sending a certified letter or using an internet search engine would be enough,” Levine said. “However, the DOL has gone so far as to say, ‘Didn’t so-and-so used to ride in the truck with that participant? Have you called him?’”

Solomon said the problem is not just not knowing where people are; plan sponsors know where some participants are, but those people don’t want to take their money out—for example, they don’t want to pay taxes or disqualify themselves for a government program—so they don’t respond. “Hopefully, we will soon see multi-agency, comprehensive guidance,” she said. Until then, she recommends that plan sponsors document all of their processes and the steps they’ve taken to try to reach participants.

Solomon also discussed the extension of the determination letter program by the IRS to cash balance plans and merged plans, as well as the expansion of the Employee Plans Compliance Resolution System (EPCRS) to allow more errors to be self-corrected and to add on correction methods.

Regarding the IRS, Solomon noted that the private letter ruling for Abbott about matching student payments as retirement plan contributions opened the door for a new way for employers to offer student loan repayment benefits. The Abbott benefit was sanctioned by the IRS because it was structured a certain way, and Solomon said plan sponsors do not have to get their own private letter ruling if they structure their benefits in this same way.

Levine discussed the hot topic of cybersecurity for retirement plans. “Our industry is a gold mine for cyberattack, as, for many people, their retirement plan represents their largest asset other than their house,” he said. According to Levine, plan sponsors need to know how their data is controlled and accessed and who touches it. “Insurance is important,” he said. “Because, even if you do everything right, something can still happen.”

Levine said data privacy is a separate issue. He cited the Vanderbilt University 403(b) lawsuit settlement, which requires plan fiduciaries to make sure recordkeepers and other service providers don’t use participant data for the purposes of cross-selling. “There are so many services that are tied to retirement plans—rollover services, financial wellness programs, managed accounts,” Levine said. “But plan sponsors need to know where participant data is held and who is using it.” 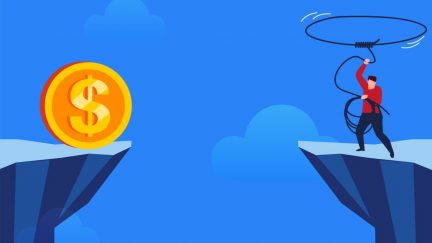