According to the “2018 NCPERS Public Retirement Systems Study” one-year investment returns averaged 13.4% for all plans reporting last year, well above the 7.8% return reported in 2017.

Fueled by strong investment returns, public retirement systems continued to strengthen their funding levels and fine-tune their assumptions, according to an annual study by the National Conference on Public Employee Retirement Systems (NCPERS).

The average annual investment return assumption fell to 7.34% last year, versus 7.49% in 2017. In all, 65% of funds that responded to the 2018 study had reduced their assumptions, and 18% were considering doing so.

In addition to reducing their investment return assumptions, pension funds used more conservative amortization periods—a calculation of the period of time over which pension liabilities must be funded. Pension funds participating in the study shortened their amortization periods to an average of 22.4 years last year, down from 23.8 years in 2017.

The 2018 study draws on responses from 167 state and local government pension funds with more than 18.7 million active and retired members, actuarial assets exceeding $2.5 trillion and market assets exceeding $2.6 trillion. The majority—62%—were local pension funds, while 38% were statewide pension funds. NCPERS conducted the eighth annual study this past September through December in partnership with Cobalt Community Research.

Fifty-nine percent of the 2018 study participants, or 98 pension systems, also completed the study in 2017.

Charles Millard, a senior adviser at Amundi US and former director of the PBGC, explains why plan sponsors must resist... 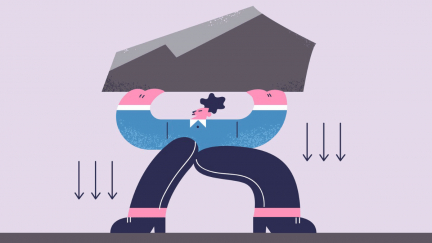 Public sector employees do not increase savings in DC plans in response to potentially lowered DB benefits or the inability...