Researchers for the Center for Retirement Research (CRR) at Boston College say a simple lifecycle model predicts that employees will respond to a one-dollar decrease in their defined benefit (DB) plan expected benefits by increasing their supplemental savings by one dollar. In reality, however, they find that public sector employees do not respond in this way.

As the researchers note, income provided by DB plans varies, some plans are poorly funded and not all workers will receive Social Security. Prior research has also pointed out that in the wake of the financial crisis of 2008, public pension plans made several reforms, including cutting benefits and increasing the age and tenure required to claim benefits.

All state employees and most local employees have access to supplemental savings vehicles—i.e., 457, 401(k), 401(a) and 403(b) defined contribution (DC) plans—where they could adjust their savings to offset insufficient income from DB plans or a lack of Social Security benefits.

Results of the researchers’ analyses suggest that employees do respond to changes in the income provided by their primary DB plan, but the magnitude of their response is small. They also found that employees in pension plans with the lowest funded ratios—those in the bottom third—are no more likely to participate in a DC plan than employees in plans in the top two-thirds.

“This finding suggests that workers in poorly funded plans may be unprepared if sponsors cut benefits for existing workers in order to reduce costs,” the researchers say in an Issue Brief.

The analyses found lacking Social Security coverage also appears to have no effect on participation in a supplemental plan. “Since uncovered state and local workers sometimes participate in pensions that fail to fully replace Social Security benefits, this result suggests that they may end up less prepared for retirement than their covered counterparts,” the researchers say.

They found the same results when looking at whether public sector employees adjust savings in vehicles outside of employer-sponsored DC plans.

The researchers say state and local employees may not be aware of how much is accruing through their DB plan, the extent to which their plan is adequately funded and whether they are covered by Social Security. These are points to possibly be made in communications from plan sponsors.

The CRR’s Issue Brief may be downloaded from here. 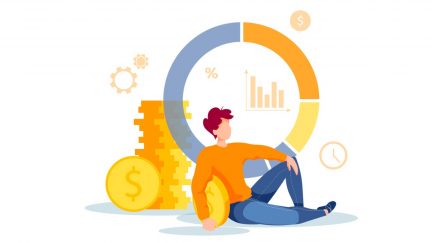 The pension fund had been under investigation for more than a year over an accounting error in 2020.

« Participants More Engaged Than Ever at Work