The use of retirement plan mobile apps is increasing as remote work continues, experts say.

Voya Financial research has found an 11% increase in participants visiting retirement plan digital applications since the beginning of the year, and a 52% increase in total digital visits, indicating more people access their retirement account online and do so more often. As to mobile usage specifically, Voya saw a 48% increase in users during the last six months, and a 70% growth in mobile app visits. “It’s a sign that, as many people are navigating these times, they do want the ease and convenience, and to quickly check on their account,” says Tom Armstrong, vice president, customer analytics and insight for Voya.

Mobile access to retirement plans has increased in recent years, as the retirement industry familiarizes itself with modern technology. The rapid surge of robo-advisers, the recent Department of Labor (DOL) ruling expanding the use of electronic disclosures, and a call for mobile-friendly interfaces and participant websites attest to this growth.

Aside from checking their account balance, participants are making changes to their investments and distributions, plus obtaining information on their devices, says Michael Knowling, senior vice president and head of client relations and business development at Prudential. In fact, most participants in plans that Prudential serves employ the app in this way, he adds.

At Voya, Armstrong says, this year so far, participants have been using apps to check balances and read educational content. “We’re seeing them look at the performance of their account, but most of [their visits] are not transactive,” he notes. “Even though we’ve discussed that these are uncertain times, many of the participants, while engaging with their plans, are generally sticking to their plan and not trading.”

Mobile apps, largely used by younger workers, have attracted interest from older employees in the past and continue to do so. In a 2015 benchmarking survey by Deloitte, participants ages 55 and older look at their account balance twice as often via a mobile app as on a website.

And in related findings, a 2016 Willis Towers Watson survey revealed that 54% of Baby Boomers highly value tools that monitor the progress of their saving efforts as they near their expected retirement date and how much retirement income they’ll generate.

According to the Voya research, 30% of participant users are over 50. As workers move toward their retirement years, employers can expect to see them using apps for convenience.

Armstrong observes that digital usage will typically reflect participants’ state of mind. At the start of remote work—during intense market volatility and uncertainty—the company saw a slight dip in digital usage. Participants had likely avoided viewing their accounts due to the swings in the market, he says. “You have to understand where your participants and customers are. Not only with their finances, but what they’re thinking and feeling.”

At that time, 54% of participants were optimistic about their retirement outlook. Now, the number has risen to 75%, as more workers engage with these apps, Armstrong says. “As we’re evolving our digital properties, and as we’re thinking about what other education and learning we can provide, we use data [on mobile usage] to shape that confidence as we go forward,” he says.

Components of the Remotiv platform are designed to increase participants’ efficient use of their retirement plan benefits. 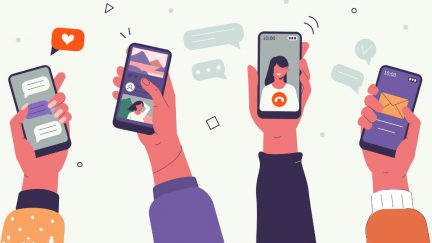