The study also estimates that $9.8 billion of HSA assets are invested as of June 30, 2018—an estimated 45% year-over-year increase. Nineteen percent of all HSA assets are in investments as of June 30th, 2018. Further, those who have HSA assets invested have a $16,007 average total balance, more than eight times larger than a non-investment holder’s average account balance.

These stats are revealing as more plan sponsors and advisers see HSAs as a way to save for retirement expenses, and investing options in HSAs improve savings potential.

Devenir continues to see seasonality in the percentage of accounts that are unfunded as accounts are opened during the fall open enrollment season, but often not funded by employers until the beginning of the following year. Halfway through 2018, about 15% of all accounts were unfunded, down from 20% a year ago. The company notes this drop off in the percentage of unfunded accounts can largely be attributed to a continued uptick in the closure of accounts, with many HSA providers noting that they were cleaning up dormant accounts.

The 2018 Midyear Devenir HSA Research Report may be downloaded from here.

The investment solution will be available on both mobile and desktop devices and is native to the Alegeus platform. 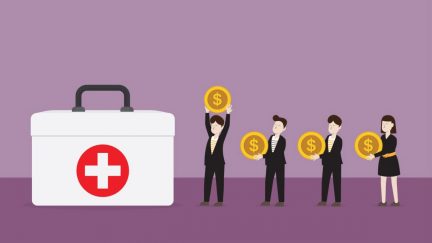 Employees More Engaged With HSAs Over the Past Year

More employees contributed to health savings accounts, and employees increased contributions to their HSAs in 2020, according to Bank of...