BlackRock analysts tackle the timely and vexing issues of retirement income strategies and the potential greater use of in-plan annuity products in a new white paper, “Income reimagined: expanding DC from saving to spending.”

According to BlackRock, plan sponsors, providers and legislators are all showing growing interest in providing guaranteed or income annuity options within defined contribution (DC) retirement plans. But so far, BlackRock finds, no consensus approach has emerged.

“Despite the rational case that can be made for lifetime income solutions, a number of participant biases and behavioral financial barriers need to be overcome to drive adoption,” the paper suggests.

The BlackRock analysis points to the contractions one discovers when surveying retirement plan investors about annuities and guaranteed income. On the one hand, survey data tends to show that participants are interested in “guaranteed income solutions,” but at the same time people commonly voice negative views of “annuities.” As such, even when progressive plan sponsors have made annuity products available in their plans, there has been quite modest uptake.

“Yet when they do choose guaranteed income, the surveys suggest that [investors] are more satisfied than those who try to manage retirement spending on their own,” the BlackRock white paper says. “A MetLife study found that nearly everyone who took monthly income instead of a lump sum payment were happy with their choice. The same study found nearly one-third who took a lump sum regretted their first year spending habits.”

According to the white paper, research suggests that how one frames income solutions greatly impacts participants’ perceptions and decisions. For example, when income solutions are framed as a way to protect their ability to spend over time, participants see it as a rational decision. If participants focus on the “risk” that they will not collect enough income payments in return for the purchase price, they may think of income as a bad “investment.”

“We believe that framing income as a smart decision to protect retirement spending can be the first step to overcoming a range of biases and behavioral barriers,” the BlackRock paper concludes. “And by embedding income into the default option, DC plans can take advantage of one of the most powerful plan design features to help nudge participants into appropriate retirement income decisions.”

The analysis then explains that target-date funds (TDFs), as highly trusted and popular default investment options used by many plan sponsors, may be a great pathway for introducing guaranteed income in the plan context.

“Target-date funds are already in place on most plans and capture the majority of contributions,” the paper explains. “They are widely understood by participants and already frame their planning around the target date. They have a structure that naturally lends itself to building up income over time, leading to partial annuitization at the target date. They may offer a growing stream of retirement income that feels like a natural extension of the lifecycle management they provide.”

Toni Brown, senior defined contribution specialist at Capital Group, home of American Funds, agrees that retirement income is the next frontier of innovation in this space.

“There is a broad and important discussion going on about the potential of bringing annuities closer to DC plans,” Brown says. “First of all, I am so excited about the energy in the marketplace and among plan sponsors about the 401(k) becoming a true retirement vehicle, rather than a supplemental savings plan as it was originally designed.”

However, as Brown sees it, so much of the discussion has been around guaranteed income and annuities, and while that makes sense to some extent, guaranteed income products are not the only important part of this conversation. In fact, given the various challenges associated with bringing annuities into DC plans, Capital Group’s perspective is actually that annuities are better sitting outside of plan.

“Many plan sponsors offer an annuity bidding platform that is linked to their plan, but it technically sits outside of the plan for a number of important reasons,” Brown explains. “Under this approach, in the plan, you then select the TDF be very effective to and through retirement. Sponsors should also then consider adding an option specifically built for those people who will be taking money out regularly.”

As an example, Capital Group/American Funds offers a retirement income solution that is basically a series of three risk-based funds. In a sense, they are similar to the risk-based portfolios that were quite popular before the Pension Protection Act cleared the way for target-date funds’ dominance.

“The difference between these funds and other funds is that these are built specifically for retirees, so they are sufficiently liquid and portable to serve retirees’ needs,” Brown says. “They are, generally speaking, more conservative in their equity holdings, to make it possible for the funds to pay income efficiently to retired investors. Within this more conservative framework, there are three different risk levels to meet the individual’s needs—conservative, moderate and enhanced.”

Other investment managers have similar solutions. They aren’t guaranteed and they don’t need to be guaranteed, Brown says.

“In sum, we think the future of retirement income in-plan is really this non-guaranteed approach,” Brown says. “It will be important for people to, out of plan, be able to access guaranteed income that is really tailored for and appropriate for the individual.” 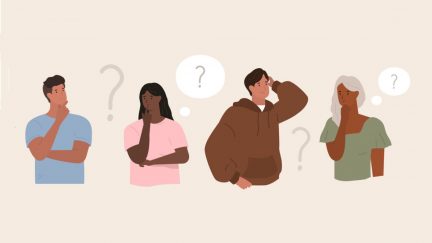 Plan sponsors must consider life expectancy at retirement rather than what is projected at birth. 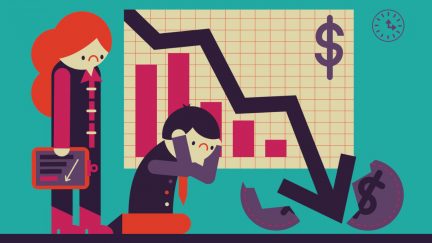 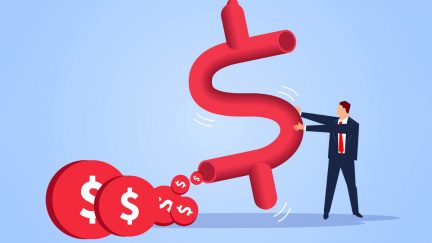 One reason lifetime income options are important for plan sponsors to explore is that many individuals underestimate how long they...
SPONSORED MESSAGE — SCROLL FOR MORE CONTENT