Retirement industry sources spoke about the increasing demand for consistent and dependable national retirement policy in a webcast recently hosted by The American Academy of Actuaries.

The session, moderated by Eric Keener, chairperson of Retirement System Assessment and Policy Committee at the Academy of Actuaries, began by pointing out the disparity in workplace retirement plans. Just less than 50% of private-sector employers are currently offered any access to retirement savings, he said. Instead, plan sponsors are letting an employee rely on personal savings to fund for the future. Additionally, because retirement savings programs are managed by different pillars of government, whether on a state or federal level, changes to individual programs can be complex and difficult to interpret.

The group called for a collective change on current national retirement policy, starting with alterations to the country’s Social Security system. The Social Security 2100 Act, a current bill in Congress intended to cut taxes and safeguard Social Security checks for future retirees, would increase taxes and lessen retirement savings for employees, argued Romina Boccia, director of the Grover M. Hermann Center for the Federal Budget at The Heritage Foundation. Without the higher taxes associated with the Act, American workers at all income levels would be better off funding retirement with personal savings. For example, a worker making $24,353 would accrue $63,748 in additional benefits under the Act, but would save $78,526 in additional savings sans higher taxes, amounting to a difference of $14,778 in funds.

Theresa Ghilarducci, professor of Economics at The New School for Social Research, focused on an inadequacy in workplace retirement plans, citing a “do-it-yourself” approach and government tax policy as the main culprits. This failure in the retirement system has caused dissolutions of union plans, along with unstable retirement account balances, Ghilarducci noted.

“Most people in the past 75 years have gotten the majority of their retirement security from the Social Security system,” she said. “We’ve built a voluntary system based on the employer and household level. It’s a system that has really crumbled, as unions have lost their power.”

Additionally, Ghilarducci proposed bringing back the now-defunct myRA, a savings account launched in 2015 for workers without workplace retirement savings plans. It was cut in 2017 by the U.S. Department of Treasury, due to low demand and investments.

James Lockhart, senior fellow and co-chair of the Commission on Retirement Security and Personal Savings at the Bipartisan Policy Center, offered Commission recommendations for retirement savings plans, including promoting personal savings for short-term needs, facilitating lifetime-income options, and the use of home equity for retirement consumption, among others. He argued how advocating for a better reverse mortgage for workers can help facilitate home equity.

“Just to put it in perspective, Americans own more than $15.8 trillion in home equity, and then have $17.6 trillion in defined contribution (DC) and individual retirement accounts (IRAs). There’s about $14 trillion in household debt,” he reasoned.

Moving forward, experts agreed on expanding financial education in higher education to strengthen its comprehension, and also encouraged the use of federal savings plan, including opening the Thrift Savings Plan to private-sector employees. Looking at the 2020 presidential election, experts said the public will need to drive that conversation among candidates.

While 89% of U.S. adults said they were at least somewhat confident in their understanding of the benefit, detailed findings...

Not making enough money and overestimating what benefits will be received from Social Security are keeping some Americans from saving,... 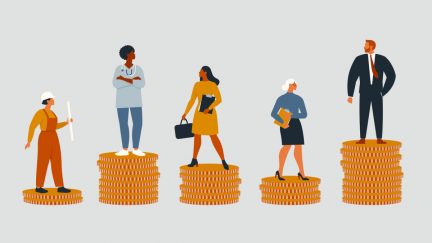 Some people have not recovered from economic losses caused by the pandemic and need help from employers, retirement plan providers...
SPONSORED MESSAGE — SCROLL FOR MORE CONTENT