“The documents are intended to provide an unbiased standard starting point for pension risk transfer solutions transactions and their use and terms are subject to further negotiation between transacting parties,” according to the group. “However, use of the documents is expected to reduce drafting time and costs and should result in fewer disputes as industry participants recognize standardized terms and provisions.”

The creation of standardized agreements is no surprise given the popularity of PRT transactions among corporate defined benefit (DB) plan sponsors. A Secure Retirement Institute (SRI) survey found plans with $1.3 trillion in assets are interested in PRTs. However, data from the Investment Company Institute (ICI) shows only 5.1% of all DB assets have been passed to insurers.

The majority of transactions have been implemented by companies with very large pensions. Just this week, Lockheed Martin announced a fourth PRT transaction, transferring approximately $4.9 billion of its pension obligations and related plan assets for approximately 18,000 U.S. retirees and beneficiaries to Athene. In January 2020, the company announced it had entered into an agreement with Lockheed Martin Corp. to provide annuity benefits through its subsidiary, Metropolitan Tower Life Insurance Co., to approximately 20,000 retirees and beneficiaries in Lockheed Martin’s DB plans, representing pension obligations of approximately $1.9 billion. Other massive deals include those by International Paper, General Motors and Verizon.

PRTs are not for every plan sponsor—not even the very large ones. Dekia Scott, Southern Co.’s chief investment officer (CIO), told PLANSPONSOR’s sister publication CIO, its DB plan was key to “remaining competitive for talent, for engineers, for linemen.” Besides, she added, a PRT “is expensive.” Southern Company’s $16 billion plan is well-funded, at 110%.

And insurers generally aren’t interested in small pension plans, with assets below $100 million, Anthony Parish, CIO at Alphastar Capital Management, a PRT adviser, told CIO. Running small plans is an inefficient, low-return endeavor for an insurer, he said. “Insurers won’t bid on them.”

Still, the PRT trend is expected to continue, and the standard agreements aim to make them more efficient. 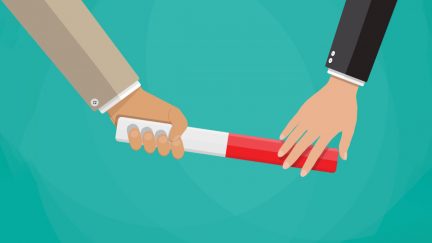 Athene has been a leader in both pension risk transfers and annuities.
SPONSORED MESSAGE — SCROLL FOR MORE CONTENT