“The makeup of Congress may influence stock market performance, and how stocks and the economy perform prior to the election may forecast who will win,” says Ryan Detrick, senior market strategist at LPL Financial.

In his Election Preview, he notes that, historically, stocks do better when a president has been up for re-election. For this year, Detrick says, some good news on the economy in the coming months or progress toward a vaccine could possibly help President Donald Trump’s re-election chances.

LPL’s research has found that, since 1928, the stock market has accurately predicted the winner of the presidential election 87% of the time, including every single presidential election since 1984. When the S&P 500 has been higher the three months before the election, the incumbent party usually has won; when stocks were lower, the incumbent party usually has lost.

“Think back to 2016, when virtually no one expected Hillary Clinton to lose—except for the stock market,” Detrick says. “Stocks were quite weak leading up to the election, with the Dow Jones Industrial Average down nine days in a row.”

The research also shows that stocks have tended to do best when there is a split Congress. When Republicans have controlled both chambers, on average the S&P 500 has gained 13.4% per year and gross domestic product (GDP) has grown 3%. When Democrats have controlled both, there was GDP growth of 3.3%, and the S&P 500 was up 10.7% on average. However, Detrick points out, stocks gained close to 30% in 1985, 2013 and 2019, all under a split Congress. The average S&P 500 gain with a divided Congress was 17.2%, while GDP growth averaged 2.8%.

How the U.S. economy is doing has also had major bearings on the outcomes of presidential elections. If there has been a recession during the year or two before the election, the incumbent president has tended to lose. If there was no recession during that time, the incumbent tended to win. Detrick points out that the economy has predicted the winning president every year going back to President Calvin Coolidge.

“Our analysis suggests the 2020 presidential race is still up in the air. If the economy continues to open up, a vaccine is on the way and the massive stimulus continues to drive asset prices higher, President Trump’s chances may improve. A weak economy struggling to come out of recession and weaker markets would likely favor challenger former Vice President Joe Biden,” Detrick says.

In an economy with significant momentum but also headwinds and pain points, new data from the Investment Company Institute shows...

Few institutional investors are making dramatic allocation changes for next year, but most will make tactical moves that reflect the... 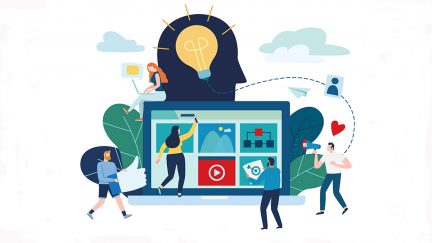 With a new president coming into the White House in 2021, experts are banking on new plans for financial education...
SPONSORED MESSAGE — SCROLL FOR MORE CONTENT