Emotional factors play a key role in planning for life goals, as three-quarters (77%) of those planning for retirement listed living comfortably as a top goal, while 70% cited travel and 56% selected spending more time with family, according to the findings in the most recent PNC Perspectives of Retirement Survey.

However, of those considered to be “successful savers,” 72% are confident they will achieve these goals. PNC defines “successful savers” as working adults and retirees from ages 25 to 75 who reported investable assets of at least $50,000 (younger than 44) or at least $100,000 (ages 44 and older), not including funds in employer-sponsored retirement accounts.

Most successful savers are taking the concrete steps they need to make those goals achievable. Among respondents currently participating in a retirement plan, 70% are investing with investment firms, banks and brokerage firms, and in mutual funds, and 77% regularly revisit their plans. In addition, 53% are investing in employer-sponsored retirement plans. Nearly half (45%) have been saving for at least 20 years.

Two-thirds of respondents have monitored their plan for retirement against their goals or worked with advisers to set goals.

According to the survey, 15% cited not having enough money to save the way they know they should as a hurdle to setting or meeting retirement savings goals. Eleven percent cited procrastination, 10% lack of time, 7% lack of focus and 6% fear or worry. However, two-thirds said none of these were hurdles to setting or meeting their retirement savings goals.

“We believe emotions are in play when people think about retirement,” says Rich Ramassini, director of strategy for PNC Investments. “Our survey results reinforce the importance of setting goals and monitoring plans to balance those emotions.”

As the retirement plan industry looks ahead to the coming year, financial wellness is increasingly seen as a critical solution... 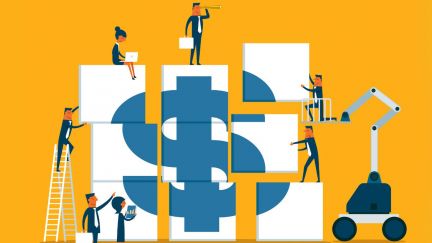 K-12 School Districts: Your Employees Are Confused About Retirement Benefits

Increased education and simplification will allow K-12 employees to better understand their options and how they can combine their benefits...

One survey reveals they feel least confident about their short-term finances and another says many of them are getting financial...
SPONSORED MESSAGE — SCROLL FOR MORE CONTENT