According to sister publication aiCIO, among more than 100 respondents controlling nearly $1 trillion dollars in capital, senior investment officials at large institutions comprehend, perhaps with a greater depth then previously thought, the strategy, and they have strong opinions on its potential benefits, its material risks, and its place in a portfolio.

The survey, conducted in July, also shows a strategy in motion. While there are still overt critics and those who do not plan on allocating to risk parity products, more than half of respondents (51%) currently do, or are looking to, invest assets in this risk-weighted space. Of those currently with assets dedicated to risk parity strategies, none plans to reduce these holdings, and 45% plan on increasing their allocation in the coming 12 months.

Of course, as with any new investment philosophy, concerns exist regarding its implementation and long-term prospects. “Career risk,” “correlations go[ing] to 1.0,” “board education,” “counterparty risk,” and “leverage” were all cited as potential roadblocks to implementation, and some wondered whether the strategy was as much marketing as risk management. Additionally, there is no clear consensus on which asset class should fund risk parity strategies, as well as how to benchmark such strategies’ relative success or failure.

However, when looking into their crystal ball, senior investment officials predicted that risk parity performance would rival that of the alternative—heavy endowment model of investing—a strong recommendation for a strategy still in its (relative) infancy.

More information is available at http://www.ai-cio.com/datasurvey.aspx?id=3198

DB plan sponsors need to ensure their liability-driven investing strategies are diversified and well-positioned for years to come. 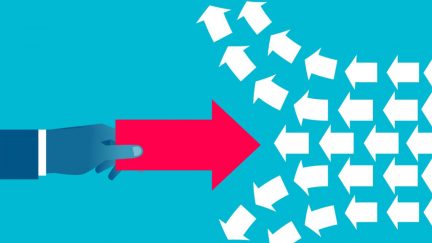 Defined benefit plan sponsors have positive views of the direction interest rates will take and of equity markets, but they...

With PBGC dictating interest rate assumptions and permissible investments, there are steps plan sponsors should take to make the relief...
SPONSORED MESSAGE — SCROLL FOR MORE CONTENT

« The Standard Appoints Chris Wolfe as Pension Consultant for Portland