The Tax Cuts and Jobs Act is prompting many defined benefit (DB) plans to accelerate their contributions, since they can deduct these contributions at 35% until mid-September, CFO Research and Prudential found in an online survey of 127 financial executives whose companies have a DB plan. After that, the new tax rate of 21% kicks in, and it will not be as advantageous for the plans to deduct contributions at this lower rate.

“We are seeing a number of companies accelerating pension contributions, driven in part by changes in the tax law,” says Rohit Mathur, head of global product and market solutions in Prudential’s pension risk transfer business. “We are also noticing an increasing interest in pension risk transfers among plan sponsors.”

While the new, lower tax rate will reduce tax deductions for pension contributions, it will also boost companies’ profits, and benefit them with more money that they can contribute to their DB plans. In fact, 64% of respondents say they are likely to use the savings to increase funding to their DB plan.

The new tax law also includes a provision allowing U.S.-based multinational corporations to repatriate earnings at lower tax rates than the 35% they would have paid in the past. Companies can take advantage of a one-time repatriation of cash at the rate of 15.5% and 8% for non-liquid assets. Twenty-four percent of respondents say they will take advantage of this provision.

The survey also found that 29% of the finance executives plan to use the excess funds from the law to minimize liability risk through such efforts as boosting retiree health care funding.

Seventy percent of the executives say that the recent changes in the mortality tables are creating longevity risk for their organizations.

Nearly two-thirds (62%) say they are “very likely” to transfer some or all of their pension obligations to an insurance company once their DB plan becomes well-funded.

Deciding Whether an Annuity Is Right for Your Plan Participants

Marty Walsh Will Be Nominated as Secretary of Labor

Approximately 70,000 retirees will receive their monthly benefit checks from one of Athene’s subsidiaries.

Called Transamerica DB Complete, it aims to bring together all aspects of managing a defined benefit plan. 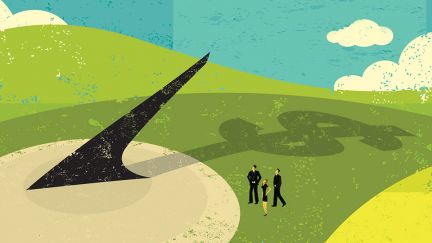 The future health and political landscape could make a big difference on assumptions used for calculations and defined benefit plan...
SPONSORED MESSAGE — SCROLL FOR MORE CONTENT