About a year and a half ago, the Ways and Means Committee of the U.S. House of Representatives marked up and voted along party lines to advance a bill formally titled the Rehabilitation for Multiemployer Pensions Act, setting the stage for potential floor consideration.

Among its supporters—mostly House Democrats—the legislation is colloquially known as the Butch Lewis Act, after the former president of the Teamsters Local 100 union. Lewis died in December 2015, following years of advocacy on the union pension funding issue.

Simply put, the loan-based solutions included in the Democrat-supported Butch Lewis Act have failed to gain traction in the full Congress. Republicans, for their part, seem to favor a “partition-based” proposal advanced last year in the Senate. Unless an unexpected compromise is reached before the legislative session formally ends in early January, the bills will again have to be introduced at the committee level.

As stakeholders have repeatedly warned, time is of the essence. Data provided by the Pension Benefit Guaranty Corporation (PBGC) shows that about 125 multiemployer plans are in so-called “critical and declining” financial status. Such plans report that they will become insolvent over the next two decades. Several very large union plans—including the United Mine Workers Pension Fund and the Central States Pension Fund—predict they will become insolvent within just the next few years.

The lack of a legislative solution belies what appears to be serious will on both sides of the political spectrum to address the multiemployer pension funding crisis. As is often the case with federal legislation, though there is professed agreement about the size and pressing nature of the problem, consensus about a solution remains elusive. Democrats, led by Ways and Means Chairman Richard Neal of Massachusetts, generally voice strong support for the Butch Lewis Act, which, among other features, would provide funds for 30-year loans and new financial assistance, in the form of grants, aimed at the most financially troubled multiemployer pension plans. Republicans, headed by Ways and Means Ranking Member Kevin Brady of Texas, cite worries about ongoing mismanagement by union leaders and pension trustees. The GOP proposal would create a system whereby the “sickest plans” can enact a “partition” option that essentially spins off part of the stressed pension, to be taken over by government insurers or other parties.

As the year quickly draws to a close, stakeholders have voiced frustration that Congress has failed to act on this issue, despite some other impressive examples of bipartisan collaboration, from the Setting Every Community Up for Retirement Enhancement (SECURE) Act to the Coronavirus Aid, Relief and Economic Security (CARES) Act. Their hopes had increased when, in 2019, former House Speaker John Boehner and past Congressman Joe Crowley announced the launch of the Retirement Security Coalition, an alliance consisting of diverse groups of employers, labor unions and policy experts “dedicated to finding a common-ground solution to the multiemployer pension crisis in America.”

“We are here to sound the alarm and say that we need to all come together to solve this problem and to protect the hard-earned retirement futures of millions of Americans,” Boehner stated in a 2019 interview with PLANSPONSOR. “From New York to Ohio and across the country, hundreds of thousands of retirees and workers are already facing deep cuts to their pensions, and if we don’t change course, families will be devastated.” 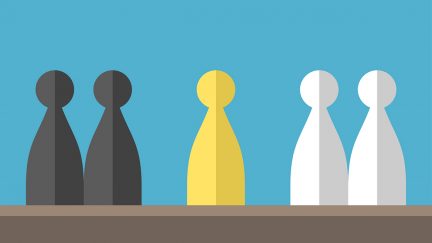 Lead actuaries at Segal say the Treasury Department is preparing to wrongfully reject an application to reduce benefit payments made...

The updated mortality improvement rates and static tables apply for purposes of calculating the funding target and other items for...