According to the Plan Sponsor Council of America’s website, “PSCA is a diverse, collaborative community of engaged retirement savings plan sponsors, working together on behalf of millions of employees to solve real problems, create positive change, and expand on the success of the employer sponsored retirement savings system. With members representing employers of all sizes and industries, we offer a forum for comprehensive dialogue. By sharing our collective knowledge and experience as plan sponsors, PSCA also serves as a resource to policymakers, the media, and other stakeholders as part of our commitment to improving retirement security for millions of Americans.”

Jack Towarnicky, executive director of the PSCA, based in Columbus, Ohio, says the council started in 1947 in Orville, Ohio, as The Council of Profit Sharing Industries. Original members included a 36-year-old professor of philosophy at Wooster College who believed that profit sharing could end labor disputes and promote cooperation.

Towarnicky says the years before and through the Great Depression that preceded World War II was an especially difficult time for management and labor relations. The founders of the council wanted to avoid repeating the strife of the past.

In 2011, the organization again changed its name to the Plan Sponsor Council of America, and expanded its focus to include all defined contribution (DC) plans, non-qualified plans and health savings accounts (HSAs). Ken Raskin, chairman of the PSCA board of directors, and also chair of the Employee Benefits and Executive Compensation practice at the law firm King & Spalding, who is based in New York City, says, “We felt the membership was asking questions about non-qualified plans and HSAs, which were becoming more prevalent, as well as financial wellness, so it made sense to address member interests.” There are about 500 members of the PSCA.

Some of the members are retirement plan providers, Raskin says, because they are plan sponsors too. “But, if providers have a different perspective than plan sponsors, we represent the plan sponsor view,” he says.

Of particular interest to PSCA members is a lessening of the regulatory burden on benefit plans, and specifically, avoiding any new employer mandates and reducing the number of existing mandates—potentially returning to a truly voluntary employee benefits system.

“Like other associations in the employee benefits arena, we respond to comment requests from the Internal Revenue Service (IRS) and Department of Labor (DOL) on proposed regulations,” Raskin says. “We write letters to Congress about proposed legislation. We also work with Groom Law Group with respect to those issues, and particular members of the PSCA, as well as some staff, have been on the DOL’s ERISA Advisory Council.” According to Raskin, the PSCA also provides testimony for Congressional hearings.

One current advocacy effort involves the prospect for tax reform. The PSCA is a member of the Save Our Savings coalition, and as such, it aims to educate Congress about the difference between Roth and pre-tax contributions and why pre-tax should not be reduced and there should not be Rothification of DC plans. “We are very involved with giving the coalition information to disseminate to Congress about why Rothification is a bad idea,” Raskin says. “We hope it will have an effect when Congress puts the bill together. We are trying to think ahead about what will be proposed and the effect of that.”

Towarnicky adds, “We feel we have had an impact on tax reform already because Congress may have abandoned proposals to reduce the 402(g) limit on DC plan contributions.”

Towarnicky says the PSCA has had a variety of wins in its advocacy efforts. “We could probably go back many years and find our fingerprints on a number of provisions that had a favorable impact on plan sponsors and participants,” he says. As examples, he notes adding the Saver’s Credit as part of the Economic Growth and Tax Relief Reconciliation Act of 2001 (EGTRRA) and making temporary provisions, such as Roth accounts, indefinite. “Ed Ferrigno, the PSCA’s former Washington D.C. representative/lobbyist was the one primarily responsible for helping to make temporary provisions indefinite,” Towarnicky notes.

Other than tax reform, the PSCA’s most pressing issues right now include:

Hattie Greenan, director of Research and Communications for the PSCA, who is based in Washington, D.C., says the council has a variety of resources available to plan sponsors. The council hosts webinars frequently on hot topics, it holds a national conference every year and hosts half-day city events each year in different regions that include:

The research the PSCA currently does annually about 401(k), 403(b) and non-qualified plans offers important benchmarking for plan sponsors. Greenan says this research is also shared with legislators.

PSCA also performs topical snapshot surveys about what plan sponsors are thinking about debates going on in Congress. For example, it lately did one about the Rothification of DC plans, asking plan sponsors what it may mean to them as far as offering a plan and what effect they think it will have on plan participants. “We used that in speaking with the Save Our Savings coalition,” Greenan notes. Plan sponsors that are not PSCA members are also allowed to participate in these surveys.

PSCA fielded a snapshot survey about HSAs, which Greenan says the council hopes to change to an annual survey of the HSA marketplace and plan sponsor response/utilization.

According to Greenan, PSCA provides an Insights magazine quarterly addressing a variety of topics, with articles written by experts as well as members. Each issue includes articles about plan design, plan investments and a Washington update. In addition, PSCA issues a monthly executive report that summarizes anything important going on in Congress.

PSCA also offers specific tools as part of the Plan Sponsor Tool(k)it. According to Greenan, 2017 contributions to the toolkit include a variety of guidance and information for members. The Tool(k)it currently contains a provider search tool, an adviser search tool, and information about environmental, social and governance (ESG) investing. “We are working on adding additional modules to the kit including one on financial wellness. All content is provide by our committees,” Greenan says.

Towarnicky concludes, “We try to reach out to the broader community through speaking engagements and our national conferences—reaching not just plan sponsors but the Society of Actuaries and committees for the American Bar Association. We try to make sure the plan sponsor point of view is recognized and make sure the voluntary retirement benefit system can be sustained.” 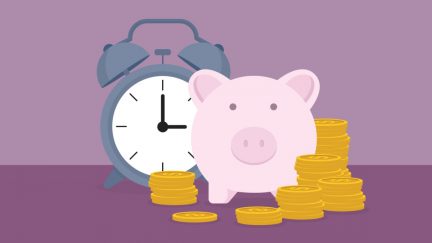 Murray and Barr bill would address retirement and emergency savings. 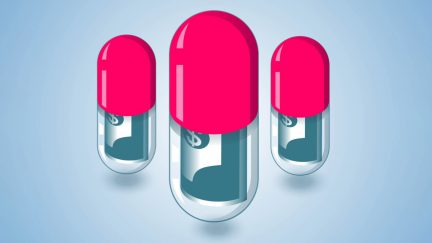