Craig Copeland, senior research associate at EBRI, presented research that compared the generations on key financial indicators at the same age. Copeland made the comparisons based on access to retirement plans; median defined contribution plan balances; participants’ net worth; participants’ incidences of student loans; their median balances and distribution of debt sources; and income. He presented the research during an EBRI webinar, titled “Comparing the Financial Wellbeing of Baby Boom, Generation X and Millennial Families: How Do the Generations Stack Up?”

“Along with the increased incidence, we can see also the median value that’s being held by these families for these student loans,” Copeland said. “It almost doubles in almost every income quartile except for the highest income quartile.”

“Not only is the incidence doubling, but the amount being held for these younger generations is doubling too,” Copeland added.

Net worth comparisons across generations are useful to provide plan sponsors and retirement plan advisers with a “total retirement picture,” Copeland said.

“When we compare net worth at the median level, it’s actually lower for the younger generation,” he explained. “The retirement plan numbers improve, but when we look at total finances, Generation X is not doing as well at the median as the Baby Boom generation except for the highest income quartile.”

“White families and families with Hispanic heads have higher net worth at the median, but we do see tremendous declines in net worth for families with family heads that are Black,” Copeland said.

“More [older] people had a retirement plan because they had a DB plan where they’re automatically enrolled, compared to the DC plan where we have some people that are eligible that are not participating,” he said.

Generation X’s DC plan balances are higher than Baby Boomers’, both overall, and for “each income quartile in those respective generations except the smallest one [the first quartile], where there was a slight decline,” Copeland said.

“The younger generation is doing better than what the older generation did in the DC plan,” Copeland said. “The median values across each income quartile went up for the Millennials relative to Generation X when they were these same ages.” 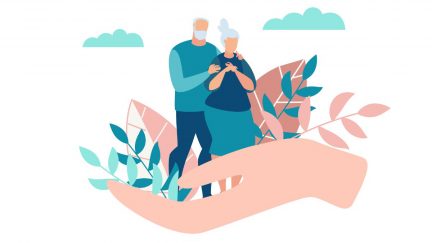