The appellate court also held that defendants did not have an affirmative duty to disclose to plan participants nonpublic information regarding the expected performance of Citigroup stock, and that the complaint does not sufficiently allege that defendants, in their fiduciary capacities, made any knowing misstatements regarding Citigroup stock.

The 2nd Circuit panel noted that many courts have recognized ESOPs, by definition, are “designed to invest primarily in qualifying employer securities,” and therefore “place[] employee retirement assets at much greater risk than does the typical diversified ERISA plan.” Due to the risk inherent in employees’ placing their retirement assets in a single, undiversified stock fund, Congress has expressed concern that its goal of encouraging employee ownership of the company’s stock could “be made unattainable by regulations and rulings which treat employee stock ownership plans as conventional retirement plans.”

The appellate court relied on the 3rd Circuit’s decision in Moench v. Robertson in saying that accordingly, Congress has encouraged ESOP creation by, for example, exempting ESOPs from ERISA’s “prudence requirement (only to the extent that it requires diversification)” and from the statute’s “strict prohibitions against dealing with a party in interest, and against self-dealing.”

In addition, according to the opinion, ERISA requires that fiduciaries act “in accordance with the documents governing the plan insofar as such documents are consistent with the provisions of ERISA. The appellate court said the Act does not, however, explain when, if ever, plan language requiring investment in employer stock might become inconsistent with the statute’s fiduciary obligations, such that fiduciaries would be required to disobey the requirements of the ESOP and halt the purchase of, or perhaps even require the sale of, the employer’s stock.

According to the opinion, the Moench court proceeded to describe the standard by which it would judge an ESOP fiduciary’s refusal to divest an ESOP of employer stock: “[A]n ESOP fiduciary who invests the assets in employer stock is entitled to a presumption that it acted consistently with ERISA by virtue of that decision. However, the plaintiff may overcome that presumption by establishing that the fiduciary abused its discretion by investing in employer securities.”

The 2nd Circuit ruling upheld the decision by U.S. District Judge Sidney H. Stein of the U.S. District Court for the Southern District of New York to dismiss the claims against Citigroup, which pointed out that the plans unequivocally required that Citigroup stock be offered as an investment option, and thus defendants had no discretion – and could not have been “acting as fiduciaries” – with respect to the plans’ investment in Citigroup stock (see Groups Ask 2nd Circuit to Uphold Dismissal of Citigroup Stock Drop Case). Even if defendants did have discretion to eliminate Citigroup stock as an investment option, investment in Citigroup stock was presumptively prudent, as the plans were eligible individual account plans (EIAPs), and plaintiffs failed to allege facts in support of a plausible claim to overcome that presumption, Stein said.

The 2nd Circuit decision is here.

The plaintiff argues that similar university lawsuit settlements have helped to drive down fees, and changes the university made last...

In their short-lived complaint, the plaintiffs suggested WakeMed fiduciaries have not acted prudently in the operation of the 403(b) retirement... 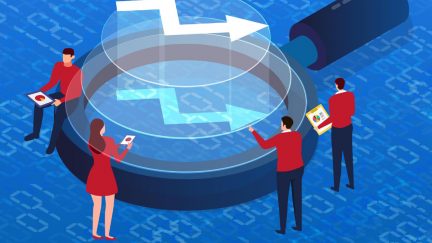 In a decision in favor of a plan sponsor and provider, a court took a moment to contemplate whether an...
SPONSORED MESSAGE — SCROLL FOR MORE CONTENT