In its opinion the court noted there is no conclusive statutory language or agency interpretation supporting Thomas Fry’s argument that a plan must define normal retirement age with an actual age. Fry claimed the Employee Retirement Income Security Act’s (ERISA) definition of normal retirement age required an age be specified, but the court disagreed.

The court pointed out that the ERISA definition specified a “time” at which a participant attains normal retirement age under the plan, not an “age” at which it was reached, which leaves open the possibility of defining normal retirement age as attainment of a certain number of years of service. According to the court, while the language of the ERISA definition is open to interpretation, “a better reading is that a plan may set a time â€¦ that will qualify as normal retirement age, either by setting a specific age, a period of service or participation, or a combination of age and service/participation.”

After deciding the Exelon Corporation Cash Balance Pension Fund provision that employees had attained normal retirement age after completing five years of vesting service was allowable, the court concluded Fry was not entitled to a distribution from the plan using a “whipsaw” calculation. The court pointed out a whipsaw calculation once dictated for certain cash balance plans by an IRS notice, was no longer necessary after passage of the Pension Protection Act of 2006 (PPA); however, the incidents of the Fry case occurred prior to passage of the PPA.

Using a whipsaw calculation, the value of a participant’s account is projected to normal retirement age using the plan’s interest crediting rate, then discounted back to its present value using a variable rate prescribed under the Internal Revenue Code. If a plan’s interest rate is higher than the statutory discount rate in effect at the time of distribution, the participant’s benefit payment would be higher than his or her account balance, the court noted in its opinion.

However, the whipsaw calculation was not required to be used for participants who had already attained normal retirement age at the time of distribution, and since Fry had completed five years of vesting service at the time he terminated and took a lump-sum distribution, he was not entitled to this calculation the court concluded. 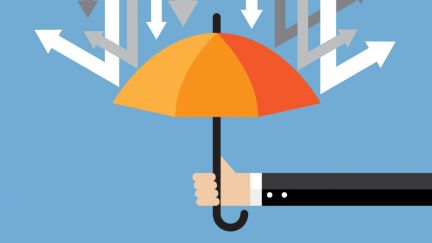