Recent IRS, Department of Labor (DOL) and Health and Human Services (HHS) guidance has imposed new requirements for health and cafeteria plans, including flexible spending accounts (FSAs). Participants have extended time to make coverage elections, make COBRA payments and file benefit claims. Sponsors of cafeteria plans also have new options to provide additional relief to participants, including the ability to make additional mid-year elections to change coverage. These requirements and options require coordination with insurers and administrators and should be clearly communicated to employees.

Coverage. Group health plans, regardless of whether they are part of a cafeteria plan, are now required to cover coronavirus diagnosis and related treatment without applying cost sharing requirements. Similar coverage is required for telemedicine visits. The IRS has issued guidance providing that high deductible health plans (HDHPs) which work in tandem with HSAs may cover these services before the deductible has been met.

Extended Deadlines. Plans must ignore the period from March 1 to 60 days after the national emergency ends, called the “Outbreak Period,” in calculating deadlines. We don’t yet know the ending date of the Outbreak Period because the national emergency is still in effect. The clock begins to run again after the Outbreak Period ends. For example, a qualified beneficiary has 60 days following the COBRA notice to elect coverage. If a qualifying event such as a layoff occurred on March 31 and notice was sent on April 1, assuming the national emergency ended on June 30, the qualified beneficiary would have 60 days following June 30 in which to make the election. This extension also permits delays in notifying the plan that a qualifying event has occurred and paying COBRA premiums and extends the 30-day grace period for late payments that generally applies under COBRA.

Plan sponsors may delay sending out COBRA notices during the Outbreak Period under the same guidance, but it is advisable to send COBRA notices as soon as practicable together with an explanation of the new deadlines. The explanation is important because the DOL’s model COBRA notices do not explain the new coronavirus relief.

It is not clear how inquiries about coverage and claims that come in during the extended election period must be administered if no election has yet been made. Insurers and administrators should develop procedures to hold claims during this time so that retroactive payments may be made if coverage is elected.

Group health plans must permit employees to change their elections outside of the normal enrollment period if the employee has a change in individual or family status, including marriage, birth or adoption of a child and loss of health coverage by the employee, a spouse or dependent. Under the extension rules, the usual 30- or 60-day enrollment period will be extended during the Outbreak Period. However, if an election is made, coverage is not required to be retroactive except in the case of birth, adoption or placement for adoption. It is not clear how the retroactive coverage must be administered.

Many FSAs allow mid-year changes to cafeteria plan elections for the HIPAA change in status events discussed above, and for reasons permitted in IRS regulations. These permitted mid-year changes are exceptions to the requirement that cafeteria plan elections must be in effect for the entire year. Recognizing the fact that current circumstances, such as closures of day care centers and cancellations of summer camp or elective surgery, may have made prior elections inappropriate, the IRS relief also permits, but does not require, cafeteria plan sponsors to allow prospective mid-year elections during 2020 to:

However, a plan sponsor may provide that elections may not be reduced below expenses already incurred or impose other limits to avoid adverse selection.

Cafeteria plans are subject to a “use it or lose it” rule under which unused amounts must be forfeited at the end of the year. One exception to this rule is that health FSAs and dependent care FSAs may have a “grace period” after the end of the year (up to March 15 for calendar year plans) under which claims incurred after the end of the year may be applied to the prior year’s elected limit. Plans are permitted to have extended grace periods up to December 31 under the IRS relief. Health FSAs may use this extension even if they permit limited carryovers of unused elected amounts.

The Outbreak Period must be disregarded in determining whether the following participant actions under a plan’s claims procedures are timely:

Plan sponsors need to make sure that their plan administration providers are able to comply with the new HIPAA and COBRA election deadlines and administer any optional provisions that the plan sponsor wants to implement. They should ask insurers how claims will be handled during extended election periods.

Plan sponsors should also be aware that required amendments to reflect changes to their cafeteria plans are not required now but must be made by December 31. Finally, all plan sponsors should be on the alert for an announcement- that the national emergency has ended and for further guidance.

She has 40 years of practice in this area of the law and a depth of experience on complex pension law and fiduciary problems. She regularly shares her thoughts on new developments in the benefits industry on Insights, Cohen & Buckmann’s blog, and writes and speaks on ERISA topics. Buckmann has been recognized by Martindale-Hubbell as an AV Pre-eminent Rated Lawyer, was selected for inclusion in the Best Lawyers in America and was named one of the Super Lawyers in Employee Benefits. 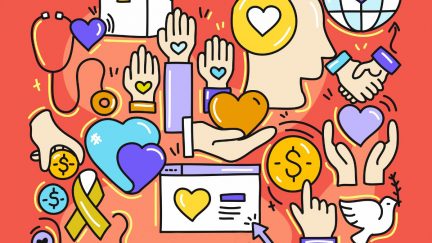 The provision of targeted benefits for caregivers creates employee loyalty and good will, while helping to reduce stress and increase...

An IRS notice clarifies rules regarding elections without a qualifying event, an extended grace period for unused amounts and other...

The action comes after much back and forth and legal action regarding incentives employers may provide employees to participate in...
SPONSORED MESSAGE — SCROLL FOR MORE CONTENT