In 2016, the Department of Labor (DOL) Employee Benefits Security Administration (EBSA) issued a final rule to assist large cities and other political subdivisions as they establish payroll deduction individual retirement account (IRA) savings programs for workers without access to workplace savings arrangements. New York City had expressed interest in providing such a program.

ERIC says it supports state and municipal government proposals and programs designed to promote and facilitate retirement saving by workers without access to an employer retirement plan, but has concerns about how the proposed New York City program overlaps and contradicts ERISA.

ERIC’s comments focused on several aspects of the proposed bill that directly conflict with ERISA or place additional burdens on employers already providing retirement plans to their employees. Most important to ERIC members, who all offer ERISA-qualified retirement plans, is for an employer to be automatically exempt from the program if already providing an ERISA-compliant retirement plan. ERIC also asked the council to change the program eligibility criteria, so that it does not directly contradict current federal laws and regulations. Employers should be able to determine eligibility in a retirement plan under federal laws and not alter requirements based on state and local programs, ERIC says.

“For employers that already provide a retirement plan in compliance with federal ERISA law, it is important that they be able to design plans that work effectively and efficiently based on the needs of their work force and the industries in which they operate,” says Annette Guarisco Fildes, president and CEO of ERIC. “We strongly encourage the council to revise its proposal to ensure that no additional burdens are imposed on employers that are already providing a qualified retirement plan to employees. ERIC is willing to work with the council to provide recommendations, using current available data that will assist the program in determining which employers already provide a retirement plan.”

ERIC previously sued the Oregon Retirement Savings Board (ORSB) on ERISA pre-emption grounds over the employer reporting requirement that was imposed by Oregon’s state-run mandatory retirement plan, OregonSaves. That lawsuit was settled in March. 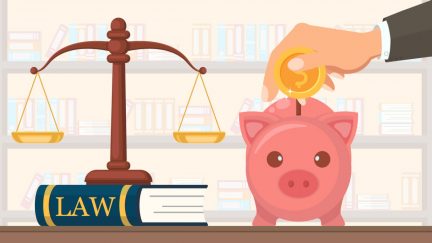 ERIC Calls for SECURE 2.0 To Pass This Year

In addition to voicing its support, ERIC also offered recommendations and criticism on various provisions in the legislation.

ERIC and Oregon Retirement Savings Board Agree to Settle Lawsuit

Under the terms of the settlement, ERIC members may inform the State, if it asks, that they are ERIC members,...

« SURVEY SAYS: What bugs you about work meetings?