Last week, the U.S. departments of Health and Human Services, Labor and the Treasury issued a final regulation that will expand the use of health reimbursement arrangements (HRAs).

Under the rule, starting in January 2020, employers will be able to use what are referred to as individual coverage HRAs to provide their workers with tax-preferred funds to pay for the cost of health insurance coverage that workers purchase in the individual market, subject to certain conditions. The HRA rule also creates an excepted benefit HRA. In general, this aspect of the rule lets employers that offer traditional group health plans provide an excepted benefit HRA of up to $1,800 per year—indexed to inflation after 2020—even if the worker doesn’t enroll in the traditional group plan. Employers may also reimburse an employee for certain qualified medical expenses, including premiums for vision, dental, and short-term, limited-duration insurance.

According to a benefits brief posted by Groom Law Group when the regulation was first proposed, prior guidance from the Departments generally provides that a stand-alone HRA (or other employer-funded arrangement) cannot satisfy all of the Affordable Care Act (ACA)’s market reform provisions and requires an HRA to be integrated with qualifying group health plan coverage. The new regulation permits an HRA to be integrated with certain qualifying individual health plan coverage in order to satisfy the market reforms. In order to be “integrated” with individual market coverage, the regulations provide that the Individual Coverage HRAs (ICHRAs) must meet several conditions:

The proposed regulation permitted employers to divide their workforce into several specified classes of employees. If the employer offers an ICHRA to an employee in a given class, it must offer the ICHRA on the same terms to all employees in that class. The classes proposed were:

However, Rachel Leiser Levy, principal at Groom Law Group in Washington, D.C., who previously worked in the office of tax policy at the Treasury working on ACA and guidance, tells PLANSPONSOR that, for most part, final rules adhere closely to proposed rules, but there are a few clarifications and two noteworthy changes. These changes regarded the classes employers can use to separate employees to whom they offer a traditional plan or an ICHRA.

“The proposed regulation did not include salaried versus hourly employees. Employers use that differentiation for a lot for other benefits. The Departments received robust comments around that issue and added that class to the final rule,” she says. In addition, the final regulation took away the class of employees younger than 25. “Employers didn’t much care about it; it’s not a separation employers use a lot, and I think insurers were somewhat concerned because younger employees are generally healthier,” Levy says.

Levy contends the class issue is in some way the most important part of the regulation and how employers will use the rule.

As for clarifications, she says there are some clarifications around integrating Medicare and HRAs, but one important clarification regarded some confusion employers had about Employee Retirement Income Security Act (ERISA) rules about using a private exchange; they asked for a safe harbor. Levy adds that the Labor Department seemed to offer a safe harbor, but that since employers need to offer all plans available in a state, it is unclear in some ways whether it is a safe harbor that will have much practical effect.

One noteworthy clarification is that for excepted benefit HRAs, the IRS and Treasury committed to publishing update on the limit employers can contribute to these accounts by June 1 prior to the year effective. Levy explains that HRAs are funded by employer money only; there is a limit to what employers can contribute to excepted benefit HRAs, but not for ICHRAs. “However, employers generally put their own limits on what they will contribute to individual HRAs because they are on the hook for what they promise,” she adds.

“The final rule gives employers more flexibility to offer benefits,” Levy says. In the announcement of the final rule, the departments said they estimate that, when employers have fully adjusted to the rule, the expansion of HRAs will benefit approximately 800,000 employers, including small businesses, and more than 11 million employees and family members, including an estimated 800,000 Americans who were previously uninsured. But, Levy says it remains to be seen.

She says the individual market needs to stabilize because employers don’t want to participate in an unstable market. “It could be a game changer if employees like the ability to choose plans and to have money for other medical expense, but it’s a little premature to predict exactly what will happen,” Levy says.

“Certainly, the cost of health care is a concern for employers, so anything that can reduce costs and allow employees to choose plans that cater to them is attractive,” Levy states. “To the extent employees are unhappy with the option, we will not see employers drop traditional plans, but, if employees are happy, we may see that. It again goes to the stability of the marketplace and what employers feel about the safe harbor.”

She adds that it will also depend on the size of the employer and whether leadership is interested in changes and into going into the individual market.

“Whether it’s a sea change for employers to drop traditional plans and got to HRAs, we may see in many years, but not now because employees look at health insurance in their decision to accept a job,” Levy concludes. 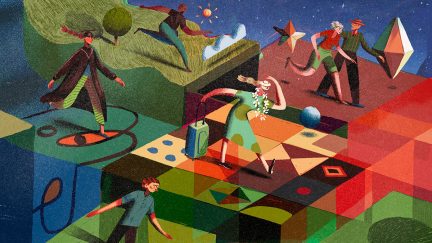