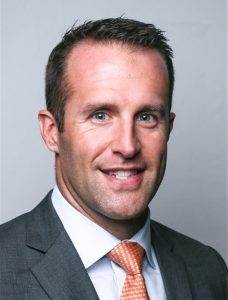 QMA LLC, the quantitative equity and multi-asset solutions specialist of PGIM, announced in early June that it was bringing David Blanchett on board as a managing director and head of retirement research for defined contribution (DC) solutions. (PGIM is the $1.5 trillion global investment management business of Prudential Financial Inc.)

Blanchett is well-known in the DC plan industry for previously heading up retirement research at Morningstar Investment Management. The leadership at PGIM/QMA say his hiring reflects the fact that retirement income solutions are going to be the next big thing that will come to dominate the marketplace.

Shortly after the announcement, QMA Chief Executive Officer Andrew Dyson told PLANSPONSOR that Blanchett’s hiring “reflects QMA’s vision for our role in the future of retirement income,” adding that “great products will need to be founded on great research, and David will be at the forefront of that.”

Dyson argued the next 10 years will see income solutions come to dominate the DC plan marketplace. In a new interview with PLANSPONSOR, Blanchett leaned into that suggestion, echoing the growing importance of getting DC plan investors not just to, but also through, a successful retirement.

The following is a selection of highlights from the new discussion with Blanchett, now about 10 weeks into the new gig, edited and condensed for clarity:

PLANSPONSOR: We heard previously from your new colleague Andrew Dyson about your anticipated role and responsibilities at QMA. It would be great to hear your thoughts about taking on the new job at a time when the retirement plan industry is experiencing significant change.

Blanchett: As Andrew said, PGIM and QMA definitely believe that retirement income solutions are the next frontier, especially within the DC space, and I’m excited to be working on this challenge. For some time now, there has been a lot of talk about making DC plans more friendly to retirees and to efficient retirement spending, but plan sponsors are now truly starting to push this trend forward in a big way.

Increasingly, plan sponsors want to get their people not just to, but also through, a high-quality retirement, and as a result of that, this industry is ripe for the development of new products and solutions that speak to these needs.

On a personal note, why did I make this change now? I can say that there is a lot of potential within QMA and within the broader PGIM and Prudential organization to take on these big, important challenges.

Blanchett: Oh, yes, there are many sides to this trend. For example, there is a growing understanding about the importance of economies of scale, and that midsized and especially larger plans can really take advantage of their scale. There is a growing understanding that the older population in a given retirement plan is going to own the bulk of the assets in that plan, meaning keeping them in the plan is important to maintaining hard-earned scale.

Yes, the plan sponsor knows it will carry marginal additional fiduciary risk by continuing to serve this person in the plan. However, the sponsor also knows that keeping people in the plan will ensure they maintain access to high-quality services and support—much more support than many people would be able to access in the private market. If you are in a DC plan, you are going to have an institutional fiduciary overseeing your assets, and you will have access to best-of-breed investments and administration services. If you go outside of the plan, there is a much wider array of possible outcomes, not all of them good.

Going way back, you might not know this, I actually started out as a financial adviser. I was doing individual personal financial planning, so I don’t mean to sound too skeptical. There are a lot of private wealth advisers who do a great job and who can build just as good of a portfolio and as good a suite of services as you will get in the DC space—but that is not universal. In a DC plan, there is just an extra level of oversight and a promotion and embracing of best practices.

PLANSPONSOR: What are some other ways plan sponsors can step up their game? What other points of progress are you hoping to see?

Blanchett:  There is so much to mention. For example, the core menu is not finished. After a lot of time spent refining and rationalizing investment menus in the wake of the Pension Protection Act of 2006 [PPA], I would argue there may be a need to make menus more expansive, so that they can serve new and evolving needs, including retirement income.

If you pause and think about it, the role of the core menu has shifted and evolved so dramatically over the past decade. There was all this research that came out 10 years ago to show that, if you have an overly large core menu, it will scare people away from the plan. Honestly, that was an important discovery, but it is an outdated point of discussion in 2021, given the broad adoption of automatic enrollment and the massive popularity of target-date funds [TDFs].

There has been a massive migration of assets into the default option. If you want to capture significant assets, especially for younger participants, the default investment is central. That being said, for a lot of participants, as they age, the odds of them using the default decrease dramatically. So, there is a chance for us to add other building blocks and evolve the core menu once again.

Let me also add, I am a fan of target-date funds. I think some people have a false impression that I have a negative opinion of TDFs, and I don’t. It is a fact that TDFs are a massive improvement over self-direction. On the other hand, the idea that everyone within the same five-year age band is getting the best possible portfolio is not necessarily true.

Especially as fees for advice and personalization come down, this is an area where further evolution could happen. Also, the growing focus on income and guarantees makes personalization that much more important. Simply put, the amount of assets you own will have a big impact on the recommended approach when it comes to building income guarantees, which is not a fact that is going to be addressed by a target-date fund.

PLANSPONSOR: Can you speak to the importance of research and analysis in this discussion? Another way to ask the question: How do we go from good ideas to good solutions?

Blanchett: I have met so many incredibly smart people in this industry, but I have also seen the challenges that come up when you have a very smart team go away and work in isolation. They can go into a room and solve a fancy equation and have an answer to a tough question, but people have to understand what you are doing and why. Successful solutions have to be accessible, and they have to cut through the intellectual biases that exist out there in the market.

Practically speaking, we need to create strategies and solutions that people understand—so that they can appreciate why they need them and why they should want to implement them. This part of the process cannot be overlooked. Even with TDFs, as popular and successful as they have been, some people still don’t totally understand them, and others misuse them.

What I’m saying is that thinking about how participants will react to what we are doing and recommending is really important. If people cannot see why they need something or why it will help them, it won’t be successful.

Workers preparing for retirement with the assistance of a financial professional feel better-equipped to manage several potential risks to their...
SPONSORED MESSAGE — SCROLL FOR MORE CONTENT

« What DC Plan Participants Should Know About Their Own ‘Funded Status’