Invesco is the latest retirement plan services provider to become the target of a self-dealing lawsuit seeking relief under the Employee Retirement Income Security Act (ERISA).

The complaint was filed in the U.S. District Court for the Northern District of Georgia, Atlanta Division. The suit has a laundry list of defendants from across the Invesco organization, including individual officers and managers.

Allegations leveled in the proposed self-dealing class action challenge vary widely and include many similar to other litigation. The plan is accused of offering too many investment options—nearly all of them affiliated in some way with Invesco—and of failing to use its leverage as one of the larger employer-sponsored retirement programs in the U.S. to negotiate for reduced costs for the benefit of plan participants.

Beyond these allegations, plan officials and Invesco leaders are accused of breaching their fiduciary duties by offering imprudent affiliated exchange-traded fund (ETF) investment products to participants. Further, the lawsuit alleges that the plan offered worse-performing retail shares instead of better-performing institutional shares.

The list of allegations goes on to suggest that the firm added poorly performing proprietary mutual funds to the plan; that it offered imprudent Invesco-branded target-date funds (TDFs) with high expenses and poor performance; and that the plan fiduciaries erred in connection with offering collective investment trusts (CITs). In particular, plaintiffs call out the allegedly imprudent offering of the Invesco 500 Index Trust Fund, the Invesco Mid Cap Growth Trust, and the Invesco Diversified Dividend Trust. In all, the complaint lays out six proposed counts for breaches of fiduciary duty and prohibited transactions.

Summarizing their allegations, plaintiffs suggest defendants did not consider or act in the best interest of the plan and its participants throughout the class period.

“The utter lack of a prudent process followed by defendants is also shown by the large number and type of investment options offered in the plan,” the complaint states. “Even though the typical 401(k) plan offers between 10 and 15 investments, the plan had approximately 150 to 205 options during the class period. Defendants indiscriminately dumped Invesco mutual funds, ETFs and other investment products into the plan in breach of their fiduciary duties.”

The plaintiffs seek to establish that the large number of options made their selection by plan participants confusing, especially as the plan allegedly offered multiple share classes—with different fees and performance results—of numerous funds.

“Furthermore, several investment options exposed plan participants to an undisclosed liquidity risk as a result of their investments in another proprietary Invesco fund named the Invesco Short Term Investment Fund, which was fined $10 million by the U.S. Department of Labor [DOL] for inappropriately using fund assets to artificially inflate the net asset value of that fund,” the complaint states. “Defendants acted in their own interests to the detriment of plan participants. Instead of carefully examining and selecting the most prudent investment options for the plan or prudently monitoring the plan to eliminate its poor investment options, defendants caused the plan to offer almost exclusively Invesco-affiliated mutual funds, collective trusts and ETFs enabling Invesco and its subsidiaries to earn lucrative fees and to increase its assets under management [AUM].”

To remedy these alleged fiduciary breaches and prohibited transactions, the lawsuit seeks to recover “all losses resulting from defendants’ breaches of fiduciary duty and other ERISA violations and restore to the plan any profits made by the fiduciaries or the persons and/or entities who knowingly participated in the fiduciaries’ imprudent and disloyal use of plan assets.”

Invesco declined to offer comment on the filing of the lawsuit, noting that it does not speak about ongoing litigation. The full text of the lawsuit is available here. 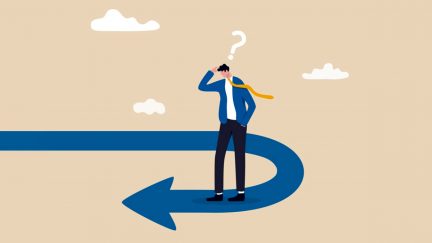 « TRIVIAL PURSUITS: From Where Do We Get Our Fingerprints?