While the rules published in the Federal Register May 22 were originally set to be effective immediately, Notice 2007-69

Tax officials said in the notice that a plan’s normal retirement age is relevant for figuring out when a participant can receive normal retirement benefits and for calculating the amount of the benefit received.

The Pension Protection Act changed the prior prohibition against making anything more than minimum required distributions to participants who are still working; the May rules implemented those amendments.

Those May rules changed Treasury Regulation Section 1.401(a)-1 to allow pension plans to begin retirement benefit payments to participants who have reached normal retirement age but who have not yet completely retired, IRS said.

The latest notice identified potential DB plan violations of the vesting and accrued benefit requirements under Section 411 from a normal retirement age definition based on a minimum period of service. Further, the May rules indicated that plan sponsors must have a normal retirement age no earlier than the earliest age reasonably representative of the typical retirement age for the industry in which the covered workforce is employed.

Also provided was a safe harbor age allowing a normal retirement age of at least 62 to be deemed not earlier than the typical retirement age for the industry in which the covered workforce is employed.

If a plan’s normal retirement age is between the ages of 55 and 62, the determination of whether the age is not earlier than the earliest age that is reasonably representative of the typical industry retirement age is based on all facts and circumstances, IRS said.

IRS said some sponsors complained that while they contend they will be able to demonstrate their plans' normal retirement age definitions of less than 55 satisfy the 2007 requirements, they will have to deal with uncertainty until the IRS agrees with their assessment.

Plans featuring in-service distributions upon participants' reaching normal retirement age particularly were unhappy with the issue, IRS said. If the plans are amended to raise the normal retirement age definition retroactively, in-service distributions made between the effective date and the adoption date of the amendment would not satisfy the plan qualification requirements, plan officials worried.

In the latest notice, the IRS provided two forms of relief.

Under the first, the IRS said it would not disqualify a plan solely because the plan fails to satisfy the requirement of Treas. Reg. Sections 1.401(a)-1(b)(2) and (3) if the plan:

The relief does not apply to governmental plans, but does affect plans maintained pursuant to collectively bargained agreements that have ratified and are in effect on May 22, 2007, if the first plan year beginning after the last of the agreements terminates begins before July 1, 2008, the IRS said.

Comments should be submitted by Nov. 25, 2007, to: CC:PA:LPD:PR (Notice 2007-69), Room 5203, Internal Revenue Service, POB 7604 Ben Franklin Station, Washington, D.C. 20044. Comments also may be submitted electronically at Notice.comments@irscounsel.treas.gov. Correspondents should include "Notice 2007-69" in the subject line of any electronic communication. 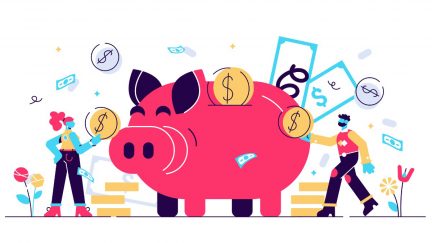