In a case alleging self-dealing in Franklin Templeton’s 401(k) plan, the parties have reached an agreement in principle to settle the case.

No details of the settlement agreement have been revealed since, according to a notice in the case’s docket, “Plaintiffs anticipate needing 60 days to file a motion for preliminary approval.” The trial in the case was set to begin January 14, 2019.

Although she recently moved forward most claims in the lawsuit against Franklin Templeton Resources, U.S. District Judge Claudia Wilken of the U.S. District Court for the Northern District of California granted the firm’s cross-motion for partial summary judgment on the breach of fiduciary duty claim as to the reasonableness of Franklin Templeton’s 401(k) recordkeeping fees.

Wilkin found there is a triable issue regarding whether the defendants’ alleged prohibited transactions fall under Prohibited Transaction Exemption (PTE) 77-3. The suit alleges that defendants “breached their fiduciary duties by causing the plan to invest in funds offered and managed by Franklin Templeton (Franklin funds), when better-performing and lower-cost funds were available.” The lead plaintiff further alleges that defendants were “motivated to cause the plan to invest in Franklin funds to benefit Franklin Templeton’s investment management business.” Further, the suit alleges that defendants “offered the plan inferior arrangements compared to that offered to non-captive plans, and, in so doing, engaged in prohibited transactions.”

She also denied the defendants’ cross-motion for partial summary judgment on the plaintiff’s breach of fiduciary duty claim as to his stable value fund theory, finding there is a disputed issue of material fact as to whether the defendants fulfilled their fiduciary duty in adequately considering their investment options. 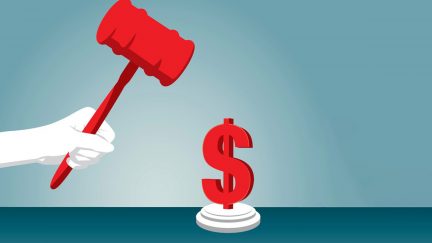 The 9th U.S. Circuit Court of Appeals has sided with the defendants in a stock drop lawsuit after applying stringent...

A judge found that allegations were sufficient to deny most motions to dismiss filed by the plan sponsor and the...

A federal judge found that the plaintiffs had sufficiently pleaded their claims in the suit alleging excessive retirement plan fees.
SPONSORED MESSAGE — SCROLL FOR MORE CONTENT